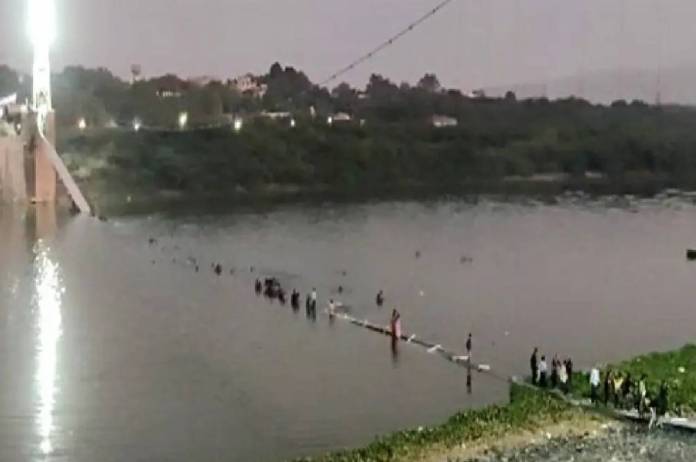 Ahmedabad (Gujarat): The High Court of Gujarat has taken a suo motu cognizance in the Morbi Bridge Tragedy and issued a notice to the Bharatiya Janata Party (BJP)-led state government.

While listing the matter on November 14, the High Court has sought a detailed report on the matter on the entire incident, which claimed 135 lives.

A hanging bridge in Gujarat’s Morbi town collapsed on October 30 in which over hundreds of people lost their lives. The bridge was a tourist place and it was crowded on the day of incident.

A company called Oreva had renovated the bridge recently and thrown open for public. However, there were shocking revelations after the case started to unfold post the incident.

It was alleged that the company had invested only 12 lakhs on the bridge renovation while the money allocated for the project was 20 Crore.

However, one of the two accused, held by the police, said that the incident was an “Act of God” which has no responsibility of the company.