Gujarat bus accident: 9 dead, many injured after bus collides with SUV in Navsari 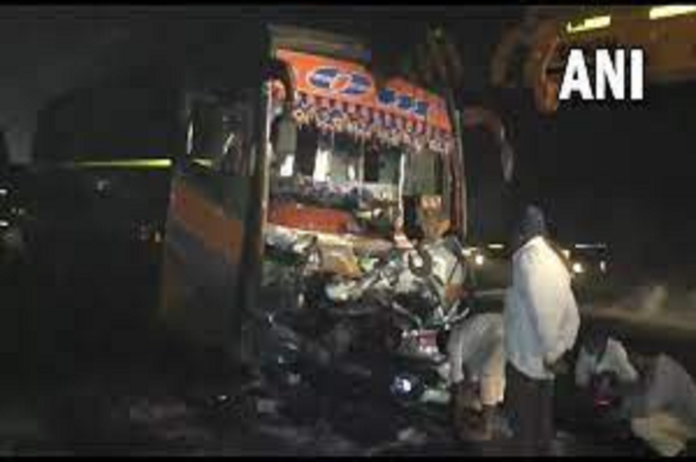 Gujarat bus accident: A collision between a bus and a car in Navsari, Gujarat, early Saturday killed nine people and injured many more.

“An accident occurred on the Ahmedabad-Mumbai route between a bus and an SUV. Nine individuals were killed, while several others were injured. The collision happened around 4 a.m “VN Patel, Deputy Superintendent of Police, informed ANI. Union Home Minister Amit Shah expressed his condolences to the dead families on Twitter.

Gujarat | Several people injured in a collision between a bus and a car in Navsari. Injured admitted to hospital. More details awaited. pic.twitter.com/AFUabv1dSB

Shah tweeted in Gujarati: “The road disaster in Navsari, Gujarat, is devastating. My heartfelt condolences go out to those who have lost loved ones in this catastrophe. May God provide them the fortitude to face the suffering. The injured are quickly treated by the local administration, who wishes them a swift recovery.” (Gujarat bus accident)

Eight people died on the spot, along with the driver of the luxury bus, he said.

Those travelling in the SUV were residents of Ankleshwar (in Gujarat) and they were on their way back to their hometown from Valsad, Upadhyay said, adding that the passengers of the bus hailed from Valsad.

Prime Minister Narendra Modi also expressed deep sorrow over the loss of lives during road accident in Gujarat’s Navsari and announced Rs 2 lakh ex-gratia to the kin of each deceased.