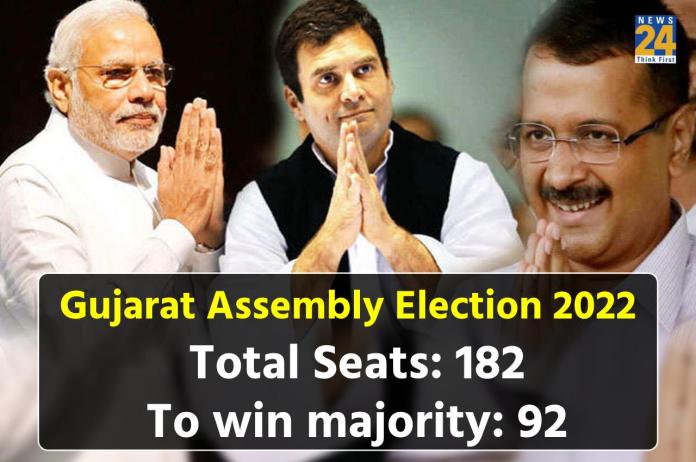 Gujarat Assembly Election 2022: The dates for the Assembly elections in Gujarat have been announced. Voting for the 15th Assembly in the state will be held in two phases on December 1 and 5. Whereas the counting of votes will take place on December 8 along with the Himachal assembly elections and after that the new government will be formed. The term of the Gujarat government is ending on 23 February 2023.

BJP is in power in Gujarat for 27 years. The first assembly elections were held in the year 1992 in Gujarat, which came into existence after separating from Maharashtra in 1960. Congress remained in power in the state from then till 1995, but BJP came to power after winning the 1995 elections and is still in power.

BJP is working hard to retain power in Gujarat. This time BJP has set a target of 160 plus out of 182 seats. At the same time, Congress is trying to oust BJP from power this time. In the midst of all this, the Aam Aadmi Party is also trying hard to replace both with all the promises to become a new alternative.