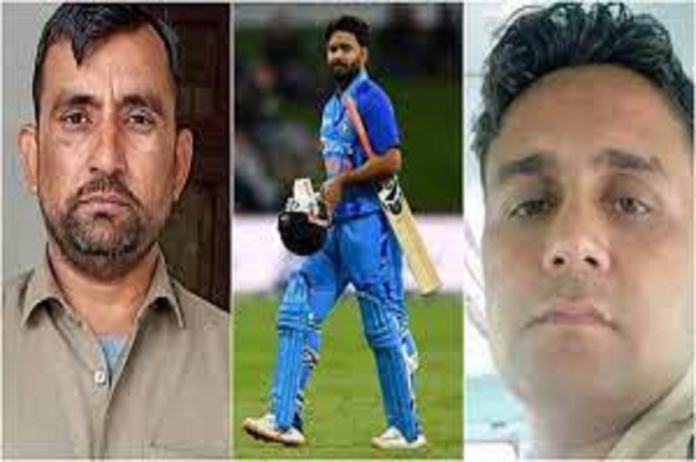 Good Samaritan award: The Haryana Roadways bus driver and conductor who assisted in the rescue of India cricketer Rishabh Pant following a nearly-fatal accident will receive the central government’s Good Samaritan award, according to Uttarakhand Police.

“We have determined that Sushil and Paramjeet would be honoured under the Good Samaritan scheme,” stated DGP Ashok Kumar. Sushil Kumar, the driver, and Paramjeet Nain, the conductor of the Haryana Roadways bus, along with other residents, raced to rescue Pant after he managed to get out of his high-end car, which had smashed into a road barrier on the Delhi-Dehradun highway on Friday.

The accident occurred near Hammadpur Jhal on the Narsan boundary of Roorkee.

The accident happened near Hammadpur Jhal on Roorkee’s Narsan border, and the car afterwards caught fire.

Sushil Kumar also phoned the police at 112 and notified them of the accident. An ambulance was also requested.

Panipat Bus Depot general manager K Jangra said on Saturday, “Bus driver Sushil Kumar and conductor Paramjeet spotted an uncontrolled car ram over the divider near Gurukul Narsan. They ran towards the car to help the passenger. We have honoured them, The state government will too honour them for the work of humanity,”

Indian wicketkeeper Rishabh Pant met with an accident on Friday early morning while returning to New Delhi. The accident is believed to have taken place in the early hours on Friday.

Some sources said that he was driving a mercedes when his car crashed into the barrier and caught fire near Hammadpur Jhal, close to the Narsan boundary of Roorkee, close to the Delhi-Dehradun route.

According to media report, the batsman was the only person in the car at the time of the collision, and Uttarakhand Police Director General Ashok Kumar claims that he broke the windscreen to escape the flaming vehicle. He suffered head, knee, and shin injuries in the incident. His leg may have shattered, therefore he was transported to the Max Hospital in Dehradun.