Freebies ‘anti-democratic’ but legislation on them not advisable, says SC 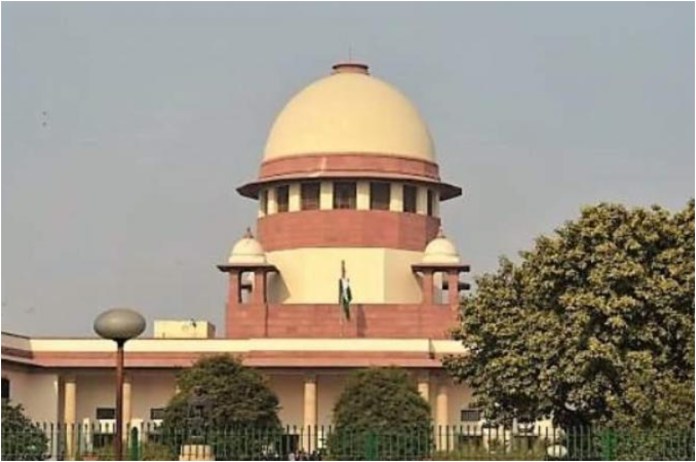 New Delhi: The Supreme Court on Thursday said that legislation to ban the political parties from offering voters freebies is not advisable, but such promises are “anti-democratic”. The top court also expressed displeasure with the Election Commission’s affidavit in the matter which being leaked to some media houses.

The court noted the economy is losing money but welfare of the people has to be balanced. “That’s why there is a need for this debate and there must be someone to put thoughts to this vision,” it said.

While hearing a petition, the Supreme Court had a week ago suggested to set up an expert committee “to take a holistic and comprehensive view of the matter and making their recommendations”. However, Election Commission declined to be part of the any such committee because of its “status as a constitutional body”.

The court stated it will not examine the petition’s demand that political parties not announce freebies. “That is [freebies] an anti-democratic thing. We are a democracy after all,” it said.

The court expressed its displeasure that the contents of the Election Commission’s affidavit had been made public. “We’ve to read affidavits in newspapers,” it said.

The Commission’s attorney cited a recent Supreme Court ruling and claimed that the Representation of People’s Act may be amended to compel political parties to pledge in their manifestos that they would not offer freebies during elections.

Tushar Mehta, the government’s solicitor general, argued that it would be challenging to implement such a clause because the majority of freebies are announced during rallies and speeches rather than in party manifestos.

Senior advocate Arvind Datar, who argued for the petitioner, stated that several stakeholders have raised the matter in court that freebies are part of the Directive Principles of State Policy (DPSP) enshrined in the Constitution. “However, giving gold chains cannot be part of implementing the DPSP,” he said.

In response to Singhvi’s argument, Mehta said that elections are essentially fought on the promise of freebies. “If freebies are considered to be for the welfare of the people, it’ll lead to a disaster,” he said.

Mehta said that finding beneficiaries of freebies will be difficult who can be members of the committee the court has suggested setting up. However, he suggested representatives of political parties, the NITI Aayog, the Civil service, the central bank and other sectors.

Kapil Sibal, senior advocate and politician, whose opinion the court sought in the matter, said the impact of regulating freebies will be felt in other sectors such as agriculture which needs to be considered.

The court has scheduled the next hearing into the matter on August 17, 2022.