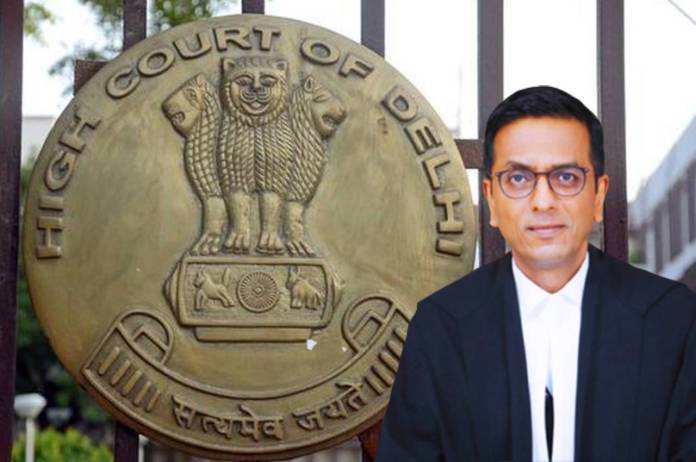 New Delhi: The Delhi High Court on Friday dismissed a plea challenging the appointment of Supreme Court Justice DY Chandrachud as the Chief Justice of India (CJI). The court also imposed a fine of Rs. 1 lakh on the petitioner.

The Delhi High Court bench, consisting of Chief Justice Satish Chandra Sharma and Justice Subramonium Prasad, pronounced the verdict while observing that the plea is not a public interest litigation (PIL) but a “publicity-oriented” petition.

Sanjeev Kumar Tiwari, president of an organisation named Gram Uday Foundation, had moved the petition objecting to the appointment of the CJI.

On November 9, Justice DY Chandrachud was sworn in as the 50th CJI. The oath was administered by President Droupadi Murmu in a ceremony held at Rashtrapati Bhavan.