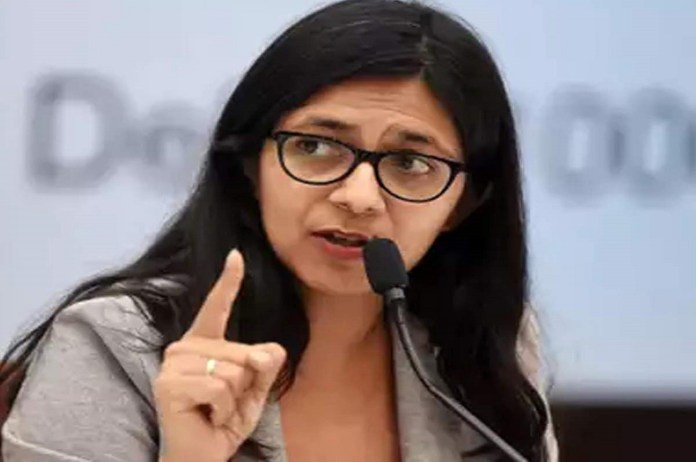 New Delhi: As the Nirbhaya rape case has marked 10 years on Friday, the Delhi Commission for Women (DCW) on Friday urged to suspend parliamentary affairs for today to discuss over the women safety’s issue.

In a letter written to the Lok Sabha Speaker Om Birla and Rajya Sabha Chairman Jagdeep Dhankhar, the DCW chairperson Swati Maliwal showed corncern over the increasing crimes against women and girls.

“As you may be aware, today is the tenth anniversary of Nirbhaya. She was gang raped brutally in December 2012 and was subjected to the most horrific atrocities by the rapists,” she wrote.

The DCW chairperson further said, “The incident shook the conscience of the country which witnessed unprecedented protests that ultimately led to several legal reforms. However, 10 years have passed since the gruesome incident, and crimes against women and girls are only increasing in the country.”

The DCW chief also highlighted the statistics and recent incidents.

“Every day, there are 6 rapes reported in the National Capital itself. An 8-month-old baby and a 90-year-old woman have also been raped in Delhi! Two days back, a 17-year-old girl was going to her school in Dwarka, Delhi when two bike riders threw acid over her. She has sustained major burns and is presently admitted to a hospital in serious condition. Even acid continues to be sold openly across the country in complete violation of the Supreme Court guidelines! Similar horrific cases are being reported from all parts of the country.”

“Even the Nirbahya Fund which was set up for providing relief and rehabilitation for women and girls has been reduced substantially. Governments have failed to create deterrence in the minds of people against crimes against women and girls. Hardly any steps have been taken for strengthening and fixing accountability of police, forensic laboratories, and trial courts,” added the letter.

In view of the listed reasons, the DCW chief urged that both houses be suspended in order to discuss the issues regarding rising crimes against women.

“The increasing crimes against women and girls in the country is a matter of great concern and needs to be urgently acted against. I, therefore, request your hon’ble self to kindly suspend today’s business and ensure that the matter regarding the rising crimes against women and girls is properly discussed in the house so that urgent steps are taken on this pertinent issue,” noted the letter.

The Nirbhaya rape case involved six rapists, including a juvenile, who had brutally raped and assaulted the woman in a moving bus in South Delhi. The accused had thrown out the victim and her male friend at an isolated spot after the sexual assault.

She died in a Singapore hospital on December 29, 2012, triggering nationwide protests that resulted in giving more teeth to laws related to rape and other forms of sexual harassment.