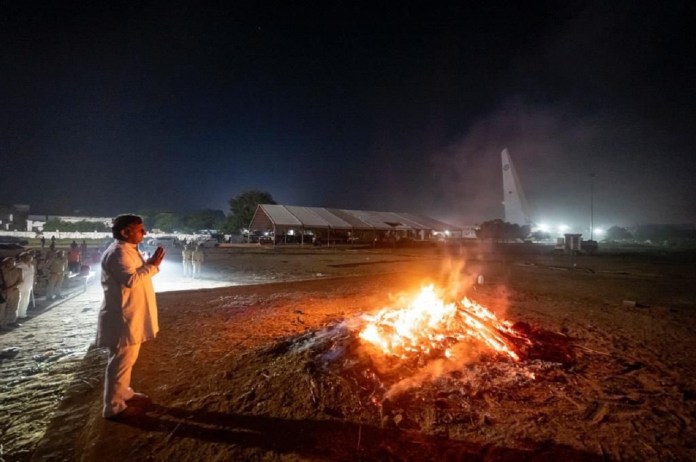 New Delhi: After the demise of his father and Samajwadi Party (SP) founder, Akhilesh posted an emotional tweet with two photographs from the site where Mulayam Singh Yadav’s last rites were performed on Tuesday.

Mourning the death of his father, Akhilesh wrote in Hindi: Aaj pehli baar laga…bin suraj ke uga savera (For the first time, todays dawn feels like one without the Sun).

The news of Mulayam’s death was confirmed by his son Akhilesh Yadav on Monday at around 8:30 am.

The Uttar Pradesh government on Monday also announced three-day state mourning on the demise of the veteran politician.

He was born on November 22, 1939, in Saifai village of Uttar Pradesh’s Etawah district. The SP founder was a three-time Uttar Pradesh chief minister.