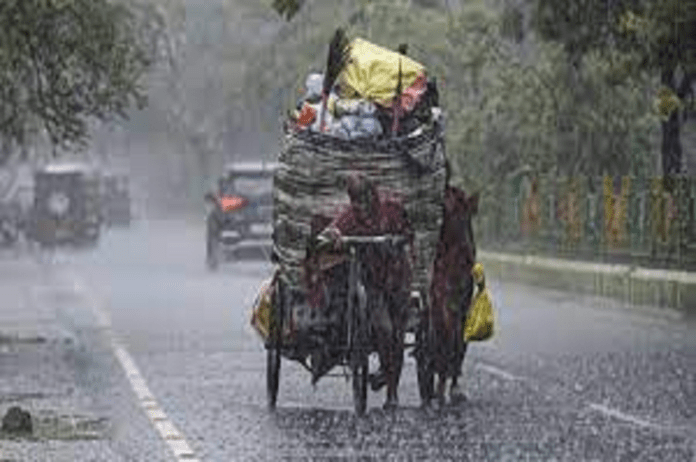 Daily Weather report: The country’s weather patterns are fast altering. Due to western disturbances, the hilly states have been receiving constant snowfall and rain for several days. The plains are plainly affected by the chilly winds blowing from the hilly hills. The India Meteorological Department predicts a dramatic decline in day and night temperatures in the plains during the next few days.

The influence of cold is gradually becoming obvious in Delhi-NCR (Delhi NCR Weather). The lowlands are experiencing an increase in cold due to snowfall in the mountains. However, it is still not as chilly as it was in December. The Meteorological Department (IMD) predicts that Delhi residents would have to endure the harsh cold. However, the temperature in Delhi-NCR has been dropping over the last several days. The temperature in Delhi may fall somewhat over the next two to three days. There is also a chance of fog in the city till Friday. Simultaneously, the temperature may drop by one to two degrees Celsius.

Even today, the Meteorological Department predicts rain and snowfall in the mountains of Gilgit-Baltistan, Muzaffarabad, Ladakh, Jammu-Kashmir, Himachal Pradesh, and Uttarakhand. Temperatures have dropped in numerous states as a result, including Jammu and Kashmir, Himachal Pradesh, Uttarakhand, Delhi, Uttar Pradesh, Bihar, Jharkhand, Madhya Pradesh, and Rajasthan. The chilly wave is causing concern among people.

At the same time, many people are experiencing difficulties as a result of fog. For the next 3 to 4 days, there will be little fog in the morning, according to MID. Long-distance trains are similarly affected by fog. Trains are also being delayed as a result of the fog. As a result, the passengers had difficulties.

According to the Meteorological Department, there is a probability of growing cold in North India, while rain is possible in South Indian states even today. Light to heavy rains are anticipated to persist across southern states such as Karnataka, Tamil Nadu, Kerala, and Andaman and Nicobar for the next several days, according to the Meteorological Department. The South Andaman Sea is likely to develop a cyclonic circulation. As a result, a low pressure area may emerge over the southeast Bay of Bengal and the adjacent south Andaman Sea. It will most likely move west-northwest and concentrate. During the following 24 hours, a depression will form over the southeast Bay of Bengal.

Following that, it is expected to move west-northwestward and arrive near the Tamil Nadu-Puducherry beaches on December 8.

According to Skymet Weather, there is a chance of light to heavy rain in several parts of Tamil Nadu, Kerala, and the Andaman & Nicobar Islands today. Rains, on the other hand, are anticipated to continue in several areas of Tamil Nadu, South Andhra Pradesh, Karnataka, and Rayalaseema until December 8. At the same time, on December 8, a new Western Disturbance will hit the Western Himalayas. As a result, there is a chance of mild to moderate rain and snowfall over the Western Himalayas between December 8 and 10. There is an opportunity.