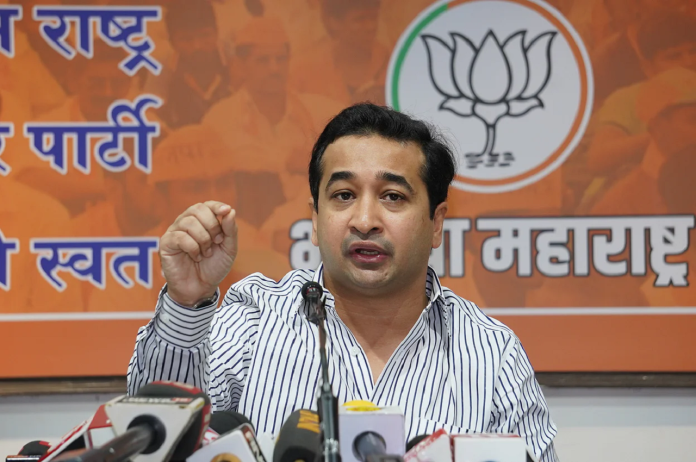 Mumbai: Demanding a ban on Popular Front of India (PFI), BJP MLA from Maharashtra Nitesh Rane warned that those reportedly raising pro-Pakistan slogans in Pune should remember that they will not be spared.

A video has surfaced on social media, showing that the “Pakistan Zindabad” slogan was allegedly raised during a protest organized by the PFI in Pune on Friday, prompting a sharp reaction from the BJP and the Maharashtra government.

To all those shouting Pakistan Zindabad slogans in support of PFI in Pune..

In a video, Rane demanded strict action from the Maharashtra government against those involved.

Another BJP MLA Ram Satpute demanded strict action against those who raised the slogans and said that the Pune Police should arrest them.

Pune Police said- investigation is going on in the matter

The PFI had recently organized a protest outside the district collector’s office in Pune to condemn the nationwide raid on the organization and the arrest of its activists. Around 40 protesters have been detained by the police during the demonstration. Pune Police said that they are probing the matter.

According to the report of news agency PTI, Deputy Commissioner of Police Sagar Patil said that we have already registered a case against PFI members for illegal gathering and we are looking into the matter of sloganeering.