Calling this an important day for Assam and the northeast, Shah said many initiatives have been taken by the Narendra Modi government to develop the North East region. 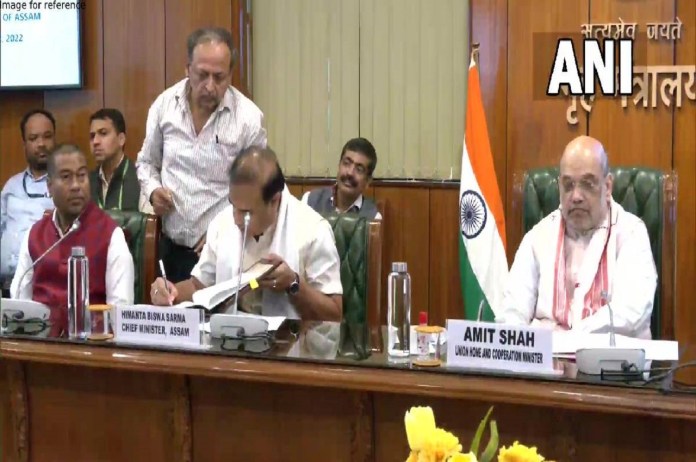 New Delhi: The Centre and Assam government on Thursday signed a tripartite peace accord with eight tribal outfits of Assam in New Delhi in the presence of Union home minister Amit Shah.

Calling this an important day for Assam and the northeast, Shah said many initiatives have been taken by the Narendra Modi government to develop the North East region.

“Around 1100 persons of Adivasi outfits of Assam are surrendering arms and joining the mainstream today,” Shah added.

These Assam tribal outfit groups have been in a ceasefire after announcing the suspension of operation years ago and have been holding peace talks thereafter.

“I am sure signing of the agreement will usher in a new era of peace and harmony in Assam,” CM Sarma said.

In January 2020, Shah had presided over the signing of an historic agreement between the Centre, Assam and Bodo representatives in New Delhi to end the over 50-year-old Bodo crisis that has cost the region over 4,000 lives.