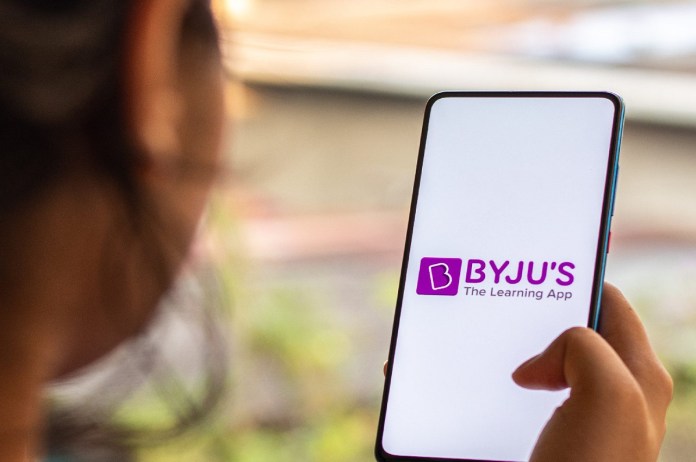 New Delhi: The National Commission for Protection of Child Rights (NCPCR) on Tuesday said it came to know that edtech company Byju’s is allegedly buying phone numbers of children and their parents, rigorously following them and threatening them that their future will be ruined if they don’t buy their courses.

“We came to know how Byju’s buying phone numbers of children and their parents, rigorously following them and threatening them that their future will be ruined. They are targeting first-generation learners. We will initiate action and if need be will make a report and write to the government,” news agency ANI quoted NCPCR chairperson Priyank Kanoongo as saying.

We came to know how Byju's buying phone numbers of children & their parents, rigorously following them & threatening them that their future will be ruined. They're targeting first-generation learners. We'll initiate action & if need be will make report & write to govt:NCPCR Chief pic.twitter.com/MEpOf7PRbx

Last week, the commission had summoned Byju’s CEO Byju Raveendran, asking him to appear in person on December 23 over alleged malpractice of hard selling and mis-selling of its courses for students.

The Commission took action after taking cognisance of media reports that alleged that the sales team of BYJU’S was indulging in malpractices to lure parents to buy their courses for their children.

“As the Commission has come across a news article wherein it has been pointed out that the sales team of BYJU’S is indulging in malpractices to lure parents to buy their courses for their children. lt has also been mentioned in the news report that some customers have also claimed that they were exploited and deceived, and had put their savings and futures in jeopardy,” the NCPCR had said in a statement.

Read More :- AMID FOG, UP ROADWAYS BUSES TO NOT OPERATE FROM 8 PM TO 8 AM

The Commission further said that the news report further alleged that BYJU’S has been actively tricking customers to enter into loan-based agreements for courses which may not be refunded if customers wished to do so.

The article further claims that the ed-tech platform has been receiving many complaints from the parents but had not been doing anything about it, the child rights panel said.

The commission asked the company to appear in person before it along with the details of all the courses run by BYJU’s for children the structure of these courses and the fee details, the number of students currently enrolled in each course, the refund policy of BYJU’S.