The Governor, in a fresh order, said that the September 20 order, regarding summoning the sixteenth Vidhan Sabha of Punjab, stands withdrawn in absence of specific rules. 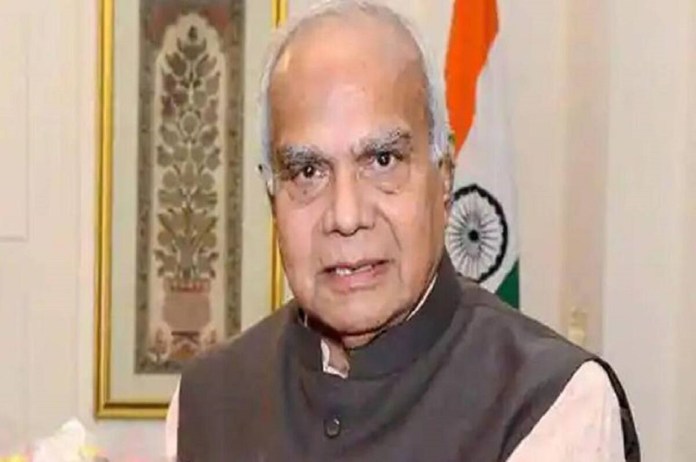 New Delhi: Punjab Governor Banwarilal Purohit on Wednesday withdrew an order calling for a special session of the Punjab Vidhan Sabha on September 22.

The Governor, in a fresh order, said that the September 20 order, regarding summoning the sixteenth Vidhan Sabha of Punjab, stands withdrawn in absence of specific rules regarding summoning of the assembly for considering the ‘confidence motion’ only called by the Punjab government.

Punjab Governor withdraws orders calling for Assembly session for a “confidence motion” called by Punjab government due to “absence of specific rules” to do so. pic.twitter.com/k9uKb8ukSe

A release from the office of Principal Secretary to the Governor read that the Governor, earlier in the day, received representations from Leader of Opposition Partap Singh Bajwa, MLA Sukhpal Singh Khaira and Punjab BJP president and MLA Ashwani Sharma, stating that there is no legal provision to convene a Special Session to move ‘Confidence Motion’ only in favour of the State Government.

This matter was examined and a legal opinion was sought from Satya Pal Jain, Additional Solicitor General of India. He has given his legal opinion that there is no specific provision regarding summoning of the Assembly for considering the ‘Confidence Motion’ only, in the Punjab Vidhan Sabha Rules of Procedure and Conduct of Business, the official document read.