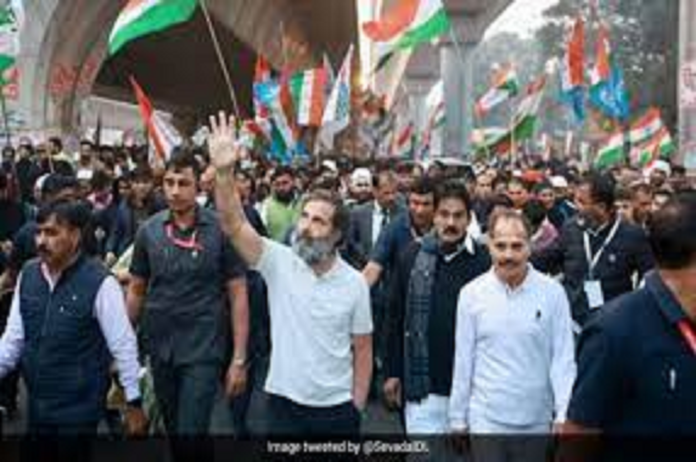 “I stopped wearing shoes on October 28th, last year, when Rahul Gandhi launched his Bharat Jodo Yatra. I want to promote the message of this Yatra throughout the country, and I wanted to join this Yatra from the beginning, but I made a commitment to spread his message “Singh expressed his determination to ANI.

He went on to say, “I began this Yatra at Burhanpur, Madhya Pradesh, and have arrived in Haryana’s Panipat barefoot. In 2.5 months, I walked more than 1200 kilometres.”

Despite the pain in his foot, Singh is going barefoot and hails Congress MP Rahul Gandhi for the drive.

Despite the pain in his foot, Singh is going barefoot and hails Congress MP Rahul Gandhi for the drive.

“Seeing Rahul Gandhi in the Yatra encourages and motivates me to walk further despite the discomfort,” Singh said.

The Madhya Pradesh native is sure of completing the barefoot Yatra to Srinagar and would continue to convey the message after January 30.

When asked about his difficulties while travelling barefoot in bitter cold, Singh says his anguish is less severe than that of individuals suffering from inflation and unemployment.

“I want to emphasise that this Yatra is not a political yatra, but rather that people should first be nationalists before becoming casteists and religious fanatics. This nationalist sentiment is what we are attempting to convey “Singh went on to say.

On Friday morning, the Bharat Jodo Yatra continued its trip from here on the opening day of the Haryana leg’s second phase.

The yatra travelled about 130 kilometres across Haryana from December 21 to 23, traversing through the districts of Nuh, Gurugram, and Faridabad.

The Bharat Jodo Yatra, which began in Kanyakumari on September 7, will conclude on January 30 with Gandhi waving the national flag in Srinagar.