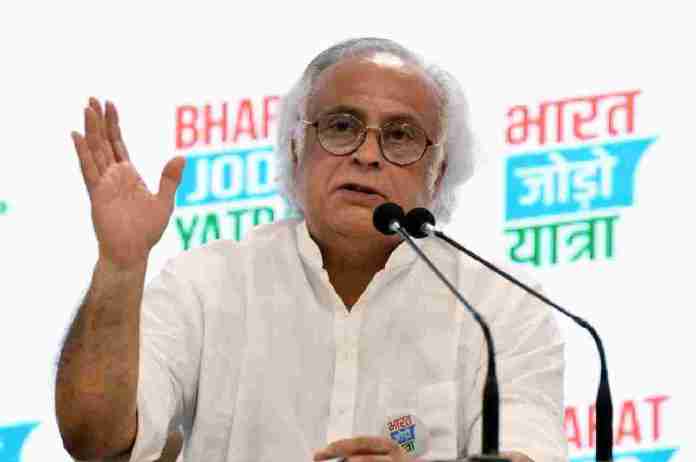 New Delhi: Senior Congress leader Jairam Ramesh Saturday hit out at the Bharatiya Janata Party (BJP) saying the latter has given a front-page ad in Kannada newspaper that distorts history ‘as usual’.

Tweeted the Congress leader: “Rattled by success of Bharat Jodo Yatra, the BJP has a front page ad in a Kannada newspaper that as usual mischievously distorts history. Savarkar propounded two-nation theory and Jinnah ensured it got done. Syama Prasad Mukherjee, founder of Jan Sangh championed partition of Bengal.”

On Friday, the Bharat Jodo Yatra entered Karnataka; which is a poll-bound state.

Congress leader Ramesh said that after the ‘padyatra’, “a new Rahul Gandhi and a new Congress party” have emerged.

“It has forced the BJP and RSS on the backfoot and made them nervous,” claimed the Congress leader.