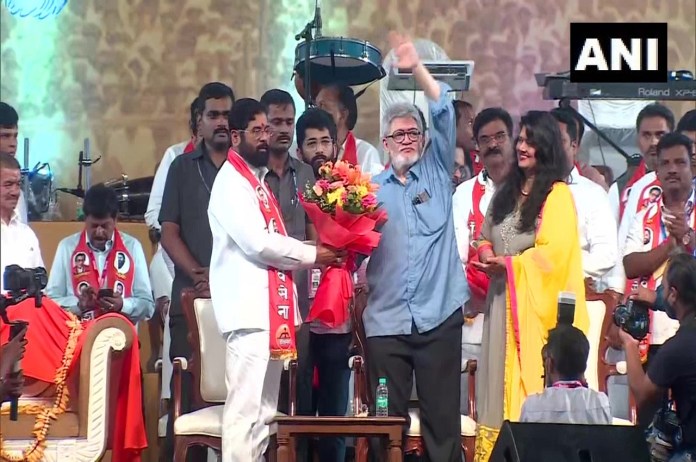 During the event, Shinde also paid tribute on the chair of Balasaheb Thackeray. ‘Shastra Puja’ was also performed on the 51 feet sword, for which a Mahant was called from Ayodhya in UP.

“Let Shinde-raj come. If you asked me, I will say take elections again, and let Shinde-Raj come. My blessings are always with him,” Indian Express quoted Jaidev as saying.

Jaidev Thackeray also said, “Everyone is asking me during the past week, if I have joined Shinde camp. I liked the ideas he put forth. Maharashtra needs a man of such courage. I have come here today out of my love for Eknath. Don’t let him get alone. Give him your support.”

On the other hand, Uddhav Thackeray held a Dussehra rally at Shivaji Park in Mumbai. Attacking the BJP, Thackeray said that when Modi ji came to power in 2014, what was the dollar rate, what is it today, Sushma Swaraj had said that the country’s honor falls if the rupee falls.

Uddhav Thackeray said, ‘The country is moving towards dictatorship. I have great respect for Mohan Bhagwat. Mohan Bhagwat ji today you talked about women power, but Bhagwat ji I have a question that will you hang the BJP leader who killed Ankita Bhandari? The rapist of Bilkis Bano was abandoned by the Gujarat government, they were welcomed. Is this an example of women’s empowerment?