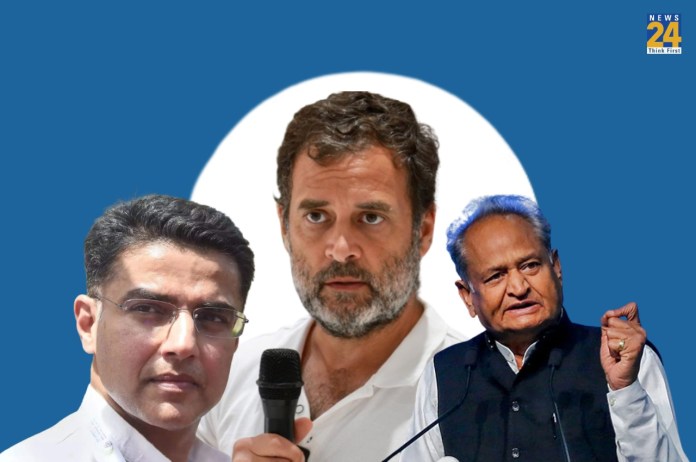 New Delhi: As the ‘Bharat Jodo Yatra’ will soon enter Rajasthan where the Congress had recently faced a major blow after over 20 MLAs threatened to resign, party’s general secretary organisation KC Venugopal will arrive in Jaipur on Tuesday.

The Congress leader will review all the preparations made for welcoming the ‘padyatra’ led by Senior party leader Rahul Gandhi. The ‘Bharat Jodo Yatra’ will reach the state where the Congress is in power, on December 5.

“Congress general secretary (Organisation) KC Venugopal will reach Jaipur tomorrow and taking a meeting for the preparations of the Bharat Jodo Yatra which is scheduled to enter Rajasthan on December 5,” a party source said.

Venugopal, earlier last week, had said that the solution to the Rajasthan crisis would be found through a “democratic process”.

“There will be differences within the party. Sometimes, it will come out. Rajasthan is one such state where the difference is coming out. We will have a democratic process. There will be an amicable settlement for the Rajasthan affairs,” Venugopal had told ANI.

However, the visit is also crucial at the time since things are sensitive for the Congress after the Rajasthan Chief Minister called his political rival Sachin Pilot ‘Gaddar (traitor)”.

The Wayanad MP and party’s former chief said both the leaders are asset to the Congress. Gandhi also dismissed the speculations saying that the power tussle between the two senior leaders in the desert state would ruin the ‘footmarch’.

The Congress holds a fair majority in the state Assembly, making it a ruling party in Rajasthan. However, the rift started to cement with an announcement of the Rajasthan CM expressing his willingness to contest for Congress party chief.

Earlier, in September Rajatshan Chief Minister had announced to step down from his post in Jaipur to run for the cheif post of the grand-old party.

Anguished and unsatisfy with Gehlot’s decision, over 90 MLAs loyal to the Chief Minister submitted their resignation overnight to Rajasthan Assembly Speaker C P Joshi. It was also alleged that these MLAs did not want to accept Sachin Pilot as the Rajasthan CM.