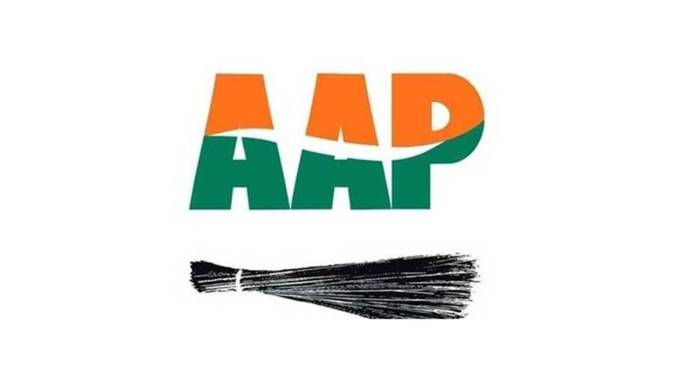 New Delhi: The Aam Aadmi Party exposed a scam of 35 crores in construction of BJP-ruled MCD’s Purnima Sethi Hospital on Sunday. AAP Senior Leader and MLA Atishi said, “In 2005, Purnima Sethi Hospital was sanctioned at a cost of 6.70 crores, till date BJP has spent 35 crores on it but the hospital is still incomplete. BJP promised a multi-speciality hospital but it has completely failed at doing so. On one hand the Kejriwal Government is building world-class hospitals and Mohalla Clinics, on the other BJP is failing at even building one hospital. Delhiites have decided, they now the Kejriwal Model in MCD too”

AAP MLA Atishi said, “For the last 15 years the BJP has been in power at the MCD. In these 15 years the BJP has done just two things – corruption and misgovernance. The people of Delhi seem to be suffering because of these two things of the BJP. One of the biggest examples that highlights both these things is the Purnima Sethi Hospital in Kalkaji. It was in 2005 that the MCD started the construction of this hospital. This was meant to be a multi-speciality hospital with 100 beds. The total cost of constructing this hospital was to be Rs 6.70 crores. It is 2022 now and yet the construction of this hospital has not yet been completed.”

She also added that “A hospital that began to be constructed in 2005 with a cost of Rs 6.70 crore had over Rs 35 crore spent on it until 2015. I want to ask the BJP-ruled MCD where the Rs 35 crores have been spent, because the hospital is not yet ready. This was to be built for just Rs 6.70 crore. Even after spending such an amount even now just the ground floor and the first floor of the hospital is functional. The rest of the hospital is not yet ready. The multi-speciality services that were to be given by this hospital to the people of Kalkaji and Delhi have not yet started. This is a classic example of the misgovernance of 15 years of the BJP-ruled MCD.”

She added, “Just look at the works of the Delhi Government in contrast to this. We have been able to create a Mohalla Clinic in nearly all the areas of the city. We have also been able to provide free medicines and tests to the people of the state. We recently also started the Mahila Mohalla Clinics that will specially cater to the needs of the women. We have also started multi-speciality hospitals including the Indira Gandhi Hospital in Dwarka or the hospitals in Burari and Ambedkar Nagar.”

She continued, “The MCD on the other hand has not been able to start multi-speciality services here. The Kejriwal Government on tje other hand has increased the number of beds in Indira Gandhi Hospital from 700 to 1200 and similarly increased the beds at Burari from 200 to 750 beds. It is a hospital with five-star facilities. The Ambedkar Nagar hospital was meant to be a 200 bed facility and it has been increased to 650 beds. This hospital can give competition to any private hospital in the country.”

She concluded, “While CM Shri Arvind Kejriwal represents truth and the faith of the people, the BJP ruled MCD highlights corruption and misgovernance. Therefore the people of Delhi will vote for AAP on December 4 and bring them to power in the MCD as well.”