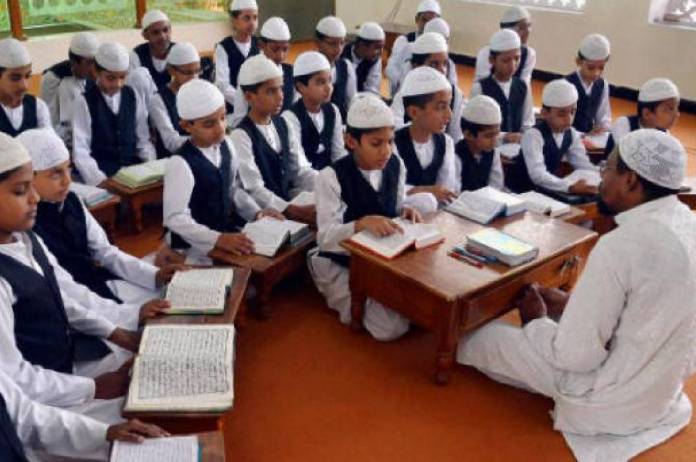 Cachar (Assam): Amid on-going surveys of all madrasas across Assam, an incident took place in which two Islamic religious teachers were arrested for allegedly torturing a 14-year-old student mentally as well as physically.

On Thursday, Abul Hussain alias Abul and Md. Dilwar Hussain Mazumdar were arrested ensued by a significant revelation that the two used to train kids in Jihadi activities and feed racism in their minds.

However, the minor told his parents that he was locked in a room forcefully. After which, the parents filed a complaint with the Sonai police station. The Police have booked the culprits under various relevant sections of IPC.

Numal Mahatta, Superintendent of Police of Cachar district said police have arrested two persons from the Madrasa and produced them before the court and the court sent both to police custody.

“On November 11, a person named Sahab Uddin Khan lodged a complaint at Sonai police station and stated that his son was enrolled at Swadhin Bazar Islamia Madrasa and Yateem Khana. In the complaint, the person stated that his son was tortured physically and mentally in the Madrasa and Jihadi activities are also going on in the Madrasa. We are now investigating the matter and I personally monitoring the matter,” Numal Mahatta said.

“During preliminary investigation, we found that, they physically and mentally tortured the student by keeping locked the student in a room. We are investigating on the Jihadi element matter,” the SP further said.

On the other hand, it is alleged that the head teacher of the Madrasa Abul Hussain called the students of the Madrasa to his residence in night and used to give them lectures on Jihad.

Survey Of Assam Madrasas To Complete Within 6 Months

Meanwhile in the state, the authorities have been running survey in madrasas to check if they are functioning properly and imparting right education to students, as reported earlier.

To which, the All India United Democratic Front (AIUDF) informed that the survey of private madrassas in Assam will complete within next 6 months. Madrassas with no or a few students will be amalgamated in one.