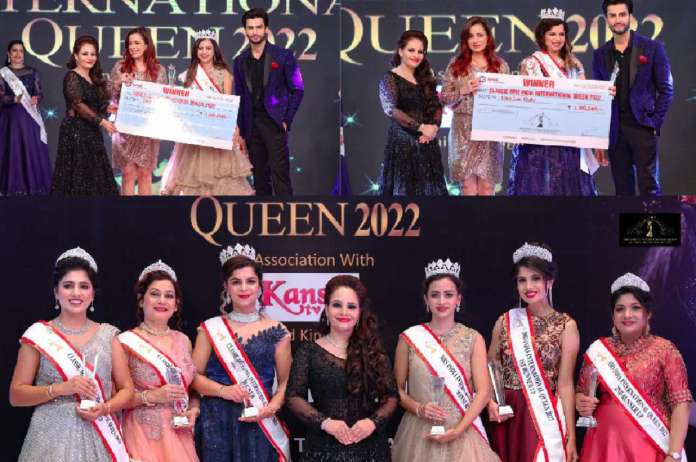 Read More :- HAPPY BIRTHDAY GOVINDA: ACTOR SIGNS 50 FILMS AT AGE OF 22, CHECK OUT HOW HE BECAME BOLLYWOOD’S ‘HERO NO.1’

Mr Shie Lobo was the official Fashion Director and choreographer for MIIQ 2022 and the event was hosted by renowned Emcee Mr Debojyoti Dasgupta. Portraits by Vedant was the Official Photographer and Videographer for Mrs India International Queen 2022. The makeup at the event was sponsored by Rajshree Makeup Studio & Academy. Sensei Ashok Darda took the self-defense training session, Mr Vipin Gaur from VG Studios was associated as Celebrity Fashion Photographer, also D. Zahida Johal, director of ZSmile London sponsored the event along with Kanshi Tv and Kismat Tv from United Kingdom, and the beauty & wellness sessions were organized by Dr Soni Nanda, the Dermatologist & Aesthetician from Ojas Skin Care Noida, Delhi.

Mrs India International Queen 2022 (MIIQ) has been a very successful journey for countless married women in establishing their own identities and spreading a message of hope, strength, self-belief and self-love in the society.

The beauty pageant, whose goal is to give women a platform where they can showcase their talent, was founded and directed by Mrs Ankita Saroha. Sharing her views on MIIQ, Mrs Ankita Saroha said, “I gained a great deal of respect, love, and recognition in society with my pageant journey and I want to provide that amazing experience to every other woman as well. Observing the participants so fired up and prepared to take on the world is always heartwarming.”

The success of the beauty pageant was largely due to the enormous participation from both the live audience and the online audience. All married women compete in this pageant so that they can still pursue their goals and demonstrate their talents after getting married.