Wo 3 din trailer: Sanjay Mishra’s award-winning film is about a rickshaw puller 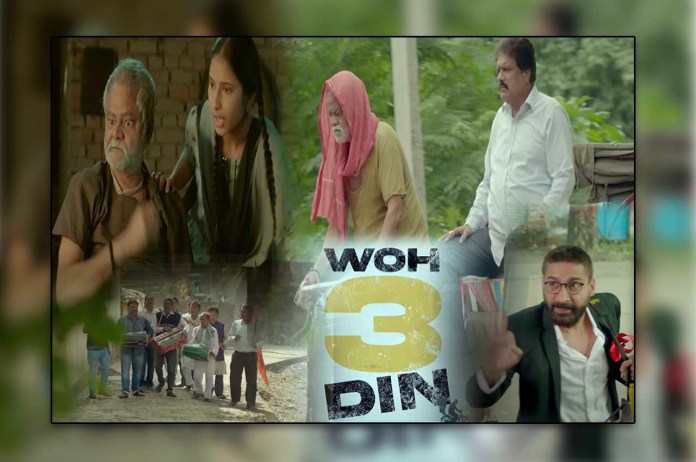 New Delhi: The makers of the upcoming film ‘Woh 3 Din’ starring Sanjay Mishra have released the trailer on Thursday. Taking to Instagram, Mishra shared the trailer of the film. Sharing the trailer he wrote: “Woh3Din is a journey full of hilaryious moments, hardships, and hard work. We present you with the bits and crumbs of it. Coming near you on September 30th, 2022.”

The trailer of the film is garnering positive reviews from all corners for its touching plot straightforward and diligent rickshaw driver. The narrative of WOH 3 DIN, which takes place in a remote Uttar Pradesh village, centres on  a rickshaw driver Rambharose who works hard and is sincere. His love for his wife and daughter keeps him going. Rambharose meets a mysterious man one day who rents out his rickshaw to him for three days, taking him to various locations and leaving Rambharose feeling very lost and uneasy. What follows is a fast-paced journey through drama, crime, fear, and emotions that will forever alter the course of his life. Watch the trailer below:

The film has made it to various film festivals, receiving a lot of praise and has won two international awards, one being at the prestigious Falcon International Fest, London and the Gold award from Latitude films.