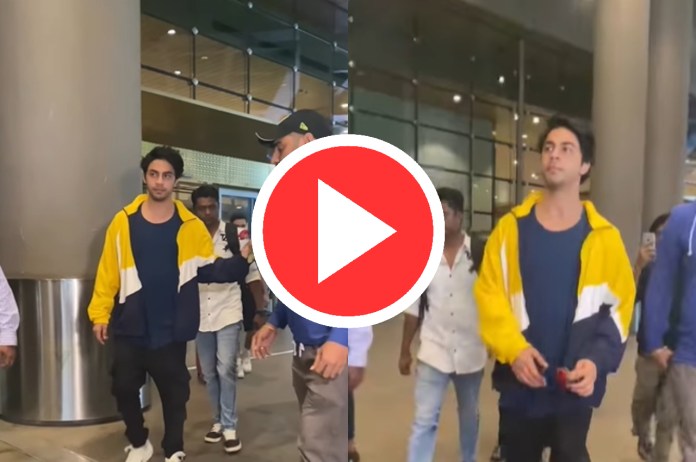 New Delhi: The eldest son of Bollywood king Shahrukh Khan Aryan Khan, is in the headlines for the last few days. He is still away from the film world but his fan following is quite remarkable. Recently, he was spotted at the airport where he look uber-cool in a dual-toned jacket.

Aryan spotted at the airport

The video has been shared by Viral Bhayani on his Instagram account, in which Aryan is seen in a yellow and blue coloured jacket paired with black joggers and white shoes. He was styled exactly like his father Shahrukh Khan.

Receive a rose from a fan

In the video, Aryan can be seen receiving a rose from his fan at the airport. In the reply, he gave a salute to them.

Fans are fiercely liking Aryan Khan’s video and so far it has got more than 11 thousand likes, and this figure is increasing continuously. Many of them can’t stop praising his look. Taking to the comment section, a user wrote, ‘Am I the only one who have crush on father -son duo’.

There are thousands of fans who are showering love on them after watching the video. There have been reports for a long time that Aryan can keep in Bollywood like sister Suhana. Although no official statement has been revealed on this matter yet. Fans are eagerly waiting for Aryan steps into Bollywood or not.