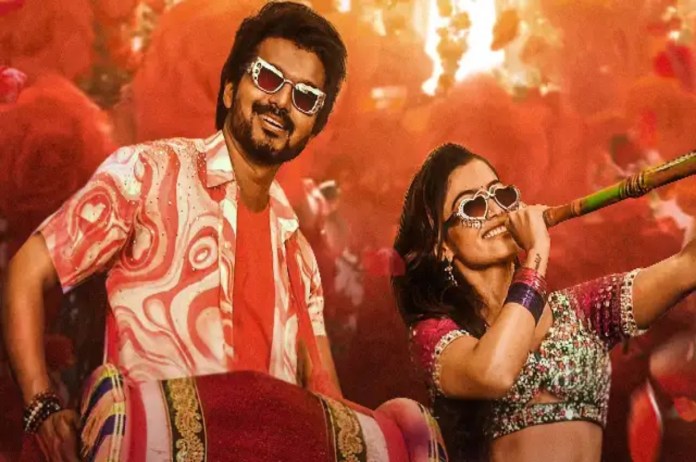 Varisu box office collection Day 10: Varisu, starring Thalapathy Vijay, is performing astronomically well at the box office. At the international box office, the film recently passed the Rs 210 crore threshold, and it is currently heading toward the Rs 150 crore threshold in the local market. The movie had taken in an astounding Rs 131 crore as of January 19.

The film Thunivu, starring Ajith Kumar, is facing stiff competition from it. On January 11, 2023, Thunivu and Varisu collided at the box office. Over the weekend, the movie is sure to pick more steam at the box office. Varisu continues its incredible performance on day ten after its release.

Filmmaker Vamshi Paidipally is behind the camera for Thalapathu Vijay’s Varisu. On day 10, the film, which competed with Thunivu, had a modest decline. Early projections place the movie’s revenue at Rs 3.50 crore. Taking this into account, Varisu’s total BO earnings currently stand at Rs 134 crore.

In the meantime, Varisu’s lifetime box office earnings in the UK have surpassed those of Beast (UK). Trade analyst Ramesh Bala took to Twitter and wrote, “At the #UAE Box office, #Varisu has grossed $841,082till Jan 15th.. It beats the lifetime collections of #Beast – $822,754 (sic).”

Vamshi Paidipally is the director of the movie, which also has R. Sarathkumar, Prakash Raj, Shaam, Srikanth, Yogi Babu, and Jayasudha in key parts. Vijay is one of the biggest stars in this country, director Vamshi said exclusively to IndiaToday.in on working with him.

On the set, he did not, however, act like a superstar. He consistently delivered flawless takes and was highly professional. He simply gave up. And that was incredible. Working with Vijay was a memorable experience that I don’t believe I’ll ever forget. One of my most treasured memories is this one. Before Varisu, Vijay was last spotted in Beast. Both in theatres and on online services, the movie did well.