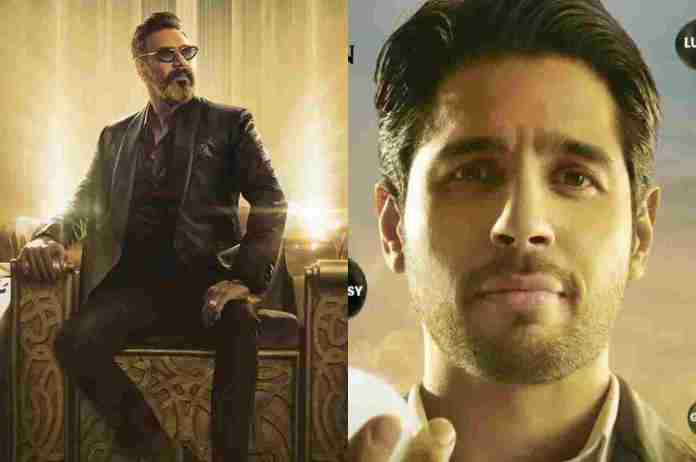 New Delhi: The first looks posters for the comedy Thank God, starring actor Ajay Devgn, Sidharth Malhotra and Rakul Preet Singh, are out. The film will hit theatres on October 25 and compete with Ram Setu, which stars Akshay Kumar and premieres on October 24. Thank God trailer will be out tomorrow.

Ajay Devgn, who features as Chitragupt in the film, captioned his post, “This Diwali, Chitragupt is coming to play the game of life with you and your family!#ThankGod trailer out tomorrow. In cinemas on October 25.” Rakul Preet shared the same message.

Sidharth also shared his look as common man and captioned it as: This Diwali, hoga sabhi karmon ka hisaab, when a common man comes face to face with Chitragupt in the game of life!#ThankGod Trailer out tomorrow. In cinemas on 25th October.

While Ajay and Sidharth’s looks from the have fans intrigued, they are now eagerly waiting for Rakul Preet’s first glimpse from the film.

This is Ajay and Rakul’s third time working together. They had previously worked on Runway 34 and De De Pyaar De. The October 24 premiere of the Rohit Shetty cop universe-set Amazon Prime Video series Indian Police Force, in which Ajay plays Singham, may feature him alongside Sidharth. Given that both actors had dud performances this year, there is hope that these films will help Bollywood escape its current rut.