HomeEntertainmentTekken 8 trailer: Jin Kazama and Kazuya Mishima face each other with... 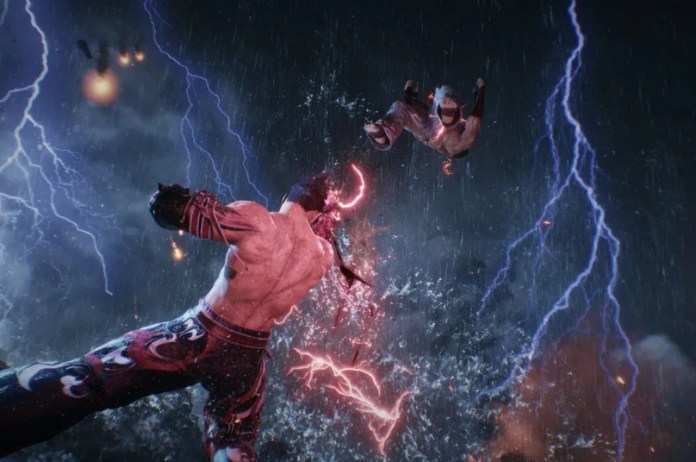 New Delhi: It’s official now! The first in-engine trailer for the upcoming Tekken game will be called, Tekken 8. The trailer of Tekken 8 was released recently and the video showcases Jin Kazama fighting Kazuya Mishima. And while the game is still in development, Tekken 8 trailer looks amazing.

Tekken 8 trailer was dropped on Wednesday. It shows Jim Kazama locking horns with Kazuya Mishima. The graphics of the game are where the latest version of Tekken most obviously improves. We can also observe some authentic gameplay on PS5.  A certain section of Tekken 8’s story mode served as the inspiration for this clip.

Also Read :- Not SRK, THIS Pakistani actress has a crush on Aryan Khan

Little details such as water droplets running down the character’s skin and more make it look like a substantial upgrade. During the battle, you’ll also be able to see dynamic waves and tornadoes, a huge tanker gradually breaking apart, hyper-realistic storm rendering and more. All these battle stage effects will be used in the final version of the Tekken 8 game.

Tekken 8 is going to be the biggest to come out of the franchise yet. While the makers are yet to announce a launch date, rumours suggest that the game will be out in October. Well, either way, fans are in high anticipation of Tekken 8. The current iteration of the work-in-progress build, according to the creators, shows big flames sputtering close to where the actor is standing and the enormous tanker approaching closer to the coast in the backdrop.

The Tekken series is the longest-running story in a video game. Tekken 8 will focus on the father and son showdown between Kazuya Mishima and Jin Kazama.