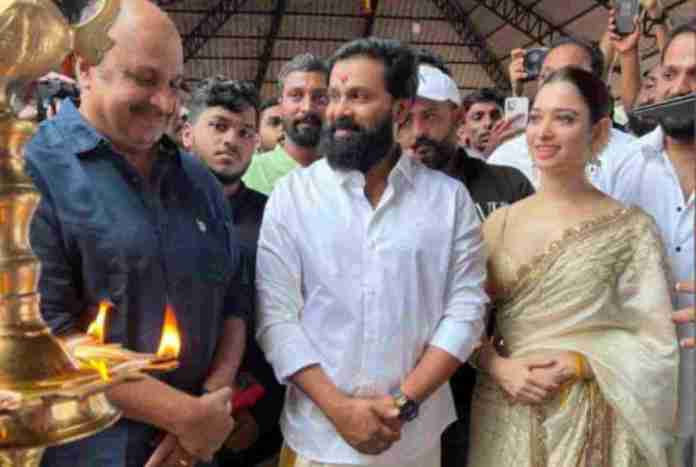 New Delhi: Malayalam actor Dileep and Tamannaah Bhatia have teamed up for an upcoming Arun Gopy film. The movie, tentatively titled D147, will be Tamannaah’s Mollywood debut. Arun Gopy is in charge of the direction, and Vinayaka Ajith is funding it. Author of D147 is Udaykrishna. A formal pooja ceremony was held today to officially launch the movie.

A lavish pooja ceremony was held to officially introduce the untitled movie at Kerala’s Maha Ganapati Temple. While Tamannaah Bhatia looked beautiful in a beige saree with a floral hair bun, Dileep attended the event in a traditional lungi look. The new pair of Mollywood has created a storm on the internet.

The music of the film is composed by Sam CS and the cinematography will be handled by Shaji Kumar. More details of the project will be announced soon.

Tamannaah Bhatia is working on a number of exciting projects at the moment. She will star in the Hindi drama Babli Bouncer directed by Madhur Bhandarkar and also play a pivotal role in the web series Jee Karda by Arunima Sharma. She is also anticipating the release of her upcoming Telugu film Gurthunda Seethakalam on the 23rd of September.