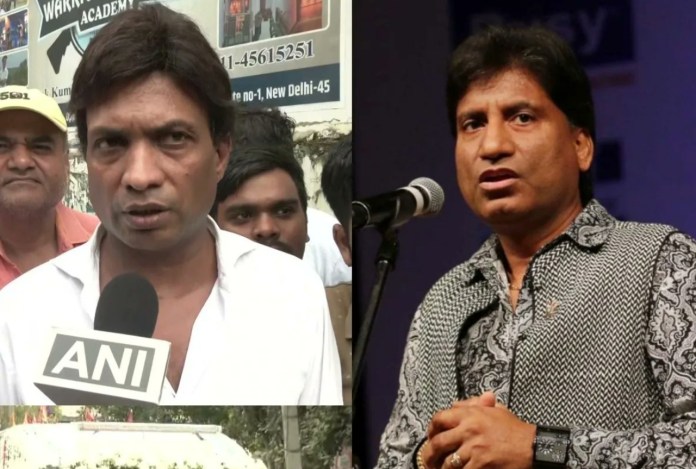 New Delhi: Raju Srivastava breathed his last on September 21  AIIMS hospital in Delhi. The well-known politician-comedian was admitted on August 10 after suffering a fall on the treadmill at his gym. The comedian’s funeral was held today at Nigambodh Ghat in Delhi. Sunil Pal and Ahsaan Qureshi, two of his friends and fellow comedians, arrived at the cremation centre to pay their respects to Raju Srivastava. Aside from them, prominent figures from the political and literary worlds are also in attendance at the burial.

Sunil Pal arrived in Delhi to attend Sunil Pal’s funeral. Thousand of fans gathered in flocks to see the last glimpse of the deceased comedian. While Sunil Pal was arriving to participate in the funeral, he was approached by a fan who requested for a photo. This, for obvious reasons, did not go well with Sunil who asked the the fans to have a look around and consider the place. Sunil Pal’s admirer was requested to leave so that friends and relatives may grieve calmly by one of the people accompanying him. A large throng has assembled to see Raju Srivastava’s last rituals and get one last look at the comic before he is laid to rest.

Raju Srivastava’s brother-in-law described Raju Srivastava’s last moments, saying that his blood pressure fell and CPR was then administered. He replied to it at first, but then he passed out. He further noted, “In two to three days, the ventilator was intended to be withdrawn. Additionally, medication dosages have been cut.”

Earlier, in an interview with News18, Sunil Pal recalled working with Srivastava and said, “We did a lot of stage shows together, participated in reality shows and even did films together. He always made sure people would have a smile on their face. He had an amazing sense of humour and would often entertain everyone. I still recall the days when we did The Great Indian Laughter Challenge. He was, is and will always remain the king of stand up comedy.”