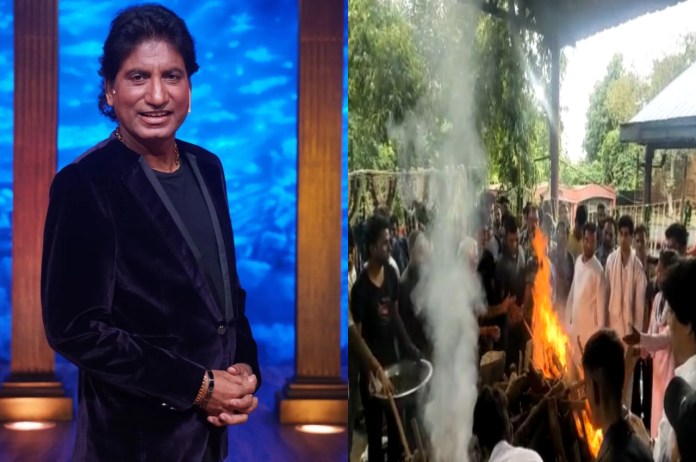 New Delhi: Raju Srivastava, who made his mark in the industry with comic art, is no longer with us. He took his last breath on Wednesday (September 21, 2022) at AIIMS Hospital, Delhi. Earlier, he had a heart attack, after which he was admitted to the hospital. After a long treatment, his life could not be saved by the doctors.

The comedy legend’s last journey was started today (September 22, 2022) at Nigambodh Ghat in Delhi at 10 pm.

Also Read :- Chup marches towards a massive footfall with a whopping 1.25 Lakh pre-booking yet

He passed away at AIIMS yesterday after being admitted here on August 10 after experiencing chest pain & collapsing while working out at the gym. pic.twitter.com/xosdquZoAY

The body of Raju Srivastava is kept in an ambulance decorated with white flowers and his fans are giving farewell to him with moist eyes.

Who was the Comedy star?

Raju Srivastava was known for many TV shows and films. He has worked with several film stars and gained a massive fan following on social media. He also appeared in the reality TV shows such as Bigg Boss season 3, comedy show Comedy Ka Maha Muqabala, Nach Baliye season 6 and Comedy Nights with Kapil.

Talking about his movies, he has been part of Rajshri Productions movie ‘Maine Pyar Kiya’ and other small roles in various movies such as Baazigar and Bombay to Goa. He also worked as an actor and comedian in the Bollywood movie ‘Aamdani Atthanni Kharcha Rupaiya.’