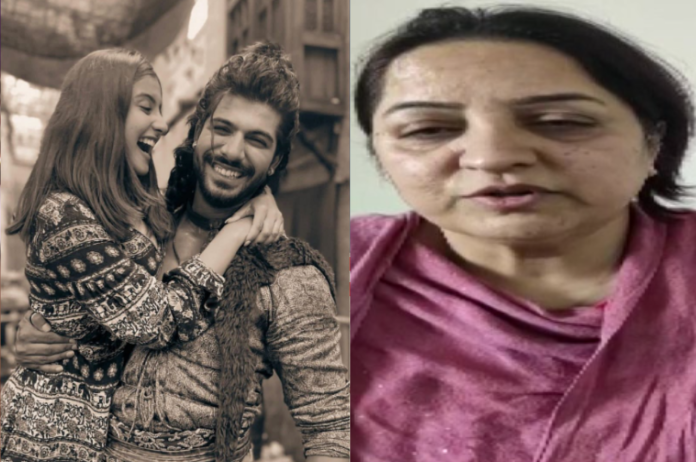 Tunisha Sharma Death Case: On the set of her TV show, Ali Baba: Daastan-E-Kabul, Tunisha Sharma died on December 24. Her mother charged Sheezan Mohammed Khan, Tunisha’s co-star, with aiding suicide after her demise. He has been detained and will remain there until December 28.

Although they are still looking, the authorities have ruled out the possibility of love jihad. More information about Tunisha and Sheezan’s relationship has since been revealed by Tunisha Sharma’s mother.

Speaking to a media portal, Tunisha’s mother Vanita accused Sheezan of cheating her daughter. She said, “Actress Tunisha Sharma death case | Sheezan cheated Tunisha, he was involved with some other girl but despite that, he was with Tunisha. Sheezan should not be spared, he should be punished.”

Actress Tunisha Sharma death case | Sheezan cheated Tunisha, he was involved with some other girl but despite that, he was with Tunisha. Sheezan should not be spared, he should be punished: Vanita Sharma, Tunisha Sharma's mother pic.twitter.com/mNkA3Y6fPV

Tunisha’s mother allegedly told the police that the actress was thrilled to be dating Sheezan Mohammed Khan. However, following her breakup with the actor, she suffered from an anxiety attack. The physicians had advised the family to take particular care of her and not put any stress on her while she was in the hospital.

On December 24, the day Tunisha Sharma took her own life, she made a police report in which she also accused the actor of being inappropriate. Sheezan was arrested after a FIR was filed based on the complaint. He’ll be held until December 28.

Speaking to India Today, the late actor’s uncle said, “Tunisha and Sheezan have been close to each other since their show’s beginning. About 10 days ago, Tunisha had an anxiety attack & was admitted to the hospital. When her mother and I went to meet her, she told us that she was wronged and cheated. We gauged something was wrong between them. Her mother asked her what the need was to get closer if the relationship was not to be kept? We want the culprit, whoever it is, to be punished.”