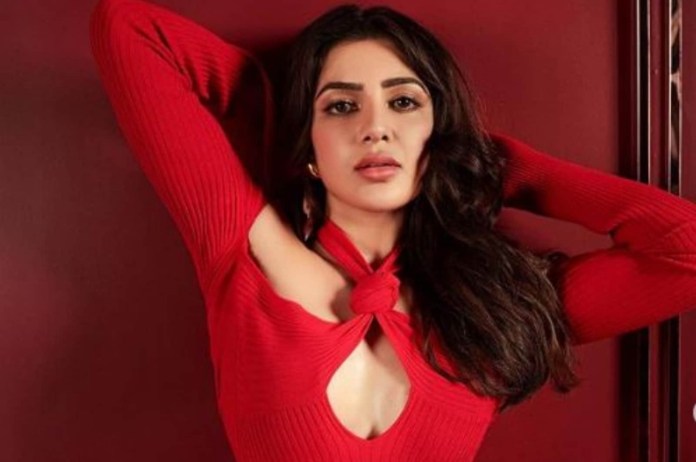 New Delhi: Samantha Ruth Prabhu is currently hogging all the limelight and rightfully so. She has been successful in all of her endeavours. Her item single from Allu Arjun’s Pushpa, Oo Antava, became a huge hit. The debut of her movie Yashoda is eagerly anticipated by fans who adored her lethal manoeuvres. Her personal life is also keeping her in the news, in addition to her career. The biggest news of the year was the actress’s divorce from Naga Chaitanya, which she revealed last year. Now, online rumours about her second marriage are circulating.

Samantha Ruth Prabhu has indicated that she might be open to finding love again and entering a second marriage, if a story in Cine Josh is to be believed. The Kushi actress is said to have been persuaded to remarry by Sadhguru Jagadish Vasudev, whom she regards as her Guru. Samantha stated that the doors to her heart are closed and that she is not yet ready for love on Koffee With Karan 7. However, the latest information reveals that Sadhguru has succeeded in influencing Samantha and getting her to consider a second marriage. Over the same, there is no confirmation.

Samantha Ruth Prabhu had a great deal of hardship following her divorce from Naga Chaitanya since she was the target of relentless online trolling. Many accusations were levelled against the diva, including being dubbed a gold digger and engaging in adulterous relations. She returned it to the trolls with a lot of strength, though. Now, her work is the one speaking for her. She is one of the most well-known and popular celebrities in the South Asian film business. She has a busy calendar ahead of her and numerous films in the works.