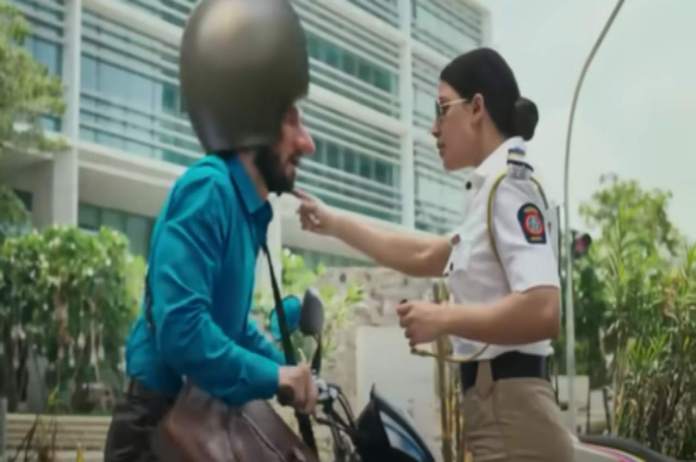 New Delhi: After ‘The Family Man Season 2’ and her chart-breaking track ‘Oo Antava’, Samantha Ruth Prabhu needs no introduction anymore. Samantha had told on the show ‘Koffee with Reason’ that she is a fan of Ranveer Singh’s acting and his energy level. And now she is soon going to be seen in an ad with Ranveer Singh.

Vicks has launched a new ad film for its two-in-one roll-on inhaler, which will see actress Samantha Ruth Prabhu and actor Ranveer Singh sharing screen space. Both the actors have worked together for the first time. In this ad video, Ranveer is seen breaking traffic rules while riding a bike, while Samantha is seen playing the role of a tough traffic cop.

In this ad, Ranveer is seen having trouble concentrating and he is telling Samantha about his stuffy nose and headache. Samantha then gives him the two-in-one benefit of a Vicks inhaler, which gives Ranveer instant relief from a stuffy nose and headache. The actress talked about working with Ranveer Singh on Karan Johar’s chit-chat show. She had told that she will soon be seen in an ad film with Ranveer.

The actress is all set to make her Bollywood debut. She will soon be seen in ‘Yashoda’. The teaser of the film has also been released recently.