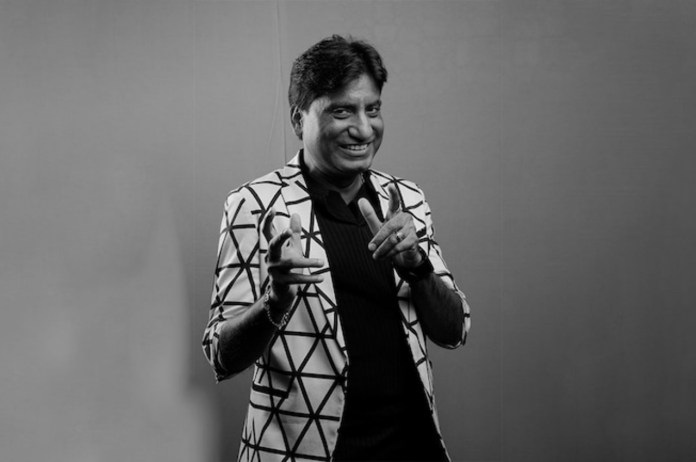 New Delhi: Raju Srivastava passed away Wednesday morning (September 21). He was 58. The popular comedian breathed his last at AIIMS, Delhi, where he was admitted after suffering a heart attack on August 10. The comedian will be cremated on Thursday, September 22, at 9:30 am.

Family members of Raju Srivastava, including his wife Shikha, son Ayushman, and daughter Antara, are currently at AIIMS. The cremation will take place in Delhi, per the family’s decision. He will be cremated at 9:30 AM. Raju Srivastava’s mortal remains were handed over to his family at 1 pm today.

AIIMS didn’t publish any medical bulletins. Raju Srivastava’s mortal remains would probably be given to his family by 1 pm; the embalming procedure is still being chosen. Today, the body of the comedian will be taken to Dashratpuri, close to Dwarka. Dipu Srivastav, Raju’s younger brother, and CP Srivastav, Raju’s older brother, will be at AIIMS by the evening.

Raju’s brother-in-law confirmed that his funeral will be held in Delhi. Speaking to media, he said, “In the morning, his BP dropped and then he was given CPR. At first he responded to it but later collapsed. The ventilator was supposed to be removed in 2-3 days. Medicine doses had also been decreased.”

Also Read :- Ali Fazal, Richa Chadha’s wedding card will give you 90’s feel, have a look

Raju Srivastava passed away on Wednesday in Delhi at the age of 58. According to PTI, Srivastava had a heart attack on August 10 while working out at a gym. He was admitted to the hospital and had an angioplasty there at the All Indian Institute of Medical Sciences. He was put on a ventilator after that and never recovered consciousness.