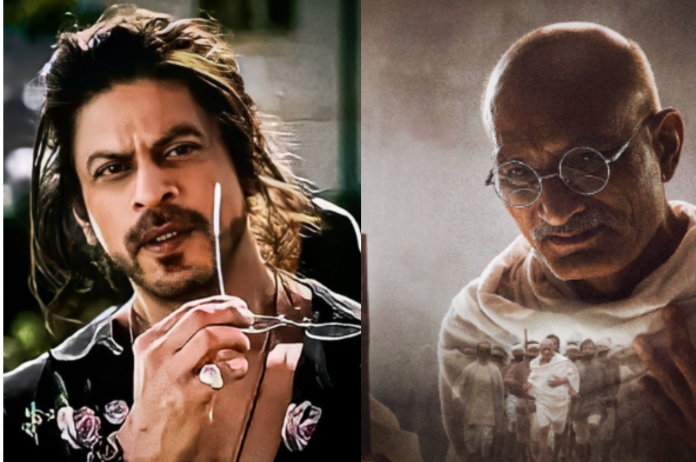 Pathaan Vs Gandhi Godse Ek Yudh Day 1: The 2023 release that everyone is waiting for is here! After a four-year absence, Shah Rukh Khan made his big-screen comeback with the spy-action thriller Pathaan from Yash Raj Films. Salman Khan even makes a surprise appearance in the film as Tiger, fusing numerous espionage series into one.

Taking a big risk, Rajkumar Santoshi has released his historical play Gandhi Godse – Ek Yudh. It analyses the ideological dispute between Mahatma Gandhi and Nathuram Godse, which led to a series of crises and eventually culminated in disaster.

Santoshi’s decision may appear audacious given the enormity of Pathaan, but clashes between big-budget and low-budget films have occurred regularly in the past.

Pathaan has already earned over Rs 50 crore despite being released on a working Wednesday. Whereas, according to early estimates, the film grossed between Rs 20 and Rs 25 lakhs on Day 1. The movie’s buzz was relatively low, and the final two days of Pathaan Buzz had a detrimental impact on the film’s final box office receipts.