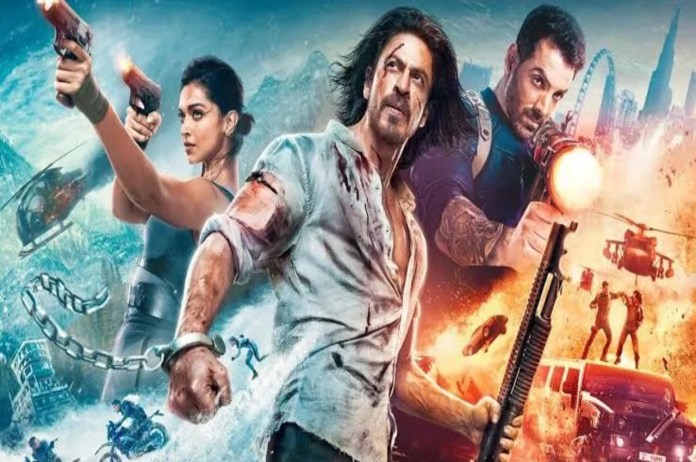 Pathaan box office collection day 1: Eventually, on January 25, a four-year wait was over! Bollywood fans rejoiced when Shah Rukh Khan returned to the big screen in Pathaan as the movie’s star. For early morning performances, fans flocked to theatres in large numbers, bringing cakes and posters as well as popping crackers outside the venues. Due to the high demand, shows for Pathaan were even expanded. Without a doubt, Pathaan has, as predicted, blown up the box office.

According to box office reports, the first-day revenue for the Hindi version of Pathaan is estimated to be over Rs 51 crore. It is a huge number, in terms of a film that opened on a week day.

Box Office India states, “The opening day (of Pathaan) is also among the top openers of all time as War (2019) collected 50 crore nett and KGF 2 (Hindi) (2022) collected 52 crore nett respectively but on holidays.“

The film’s total domestic and foreign receipts are enormous, coming to somewhere between Rs 70 and Rs 80 crore. The movie also would bring in a staggering Rs 175 crore internationally on its second day of release, predicts Box Office Worldwide.