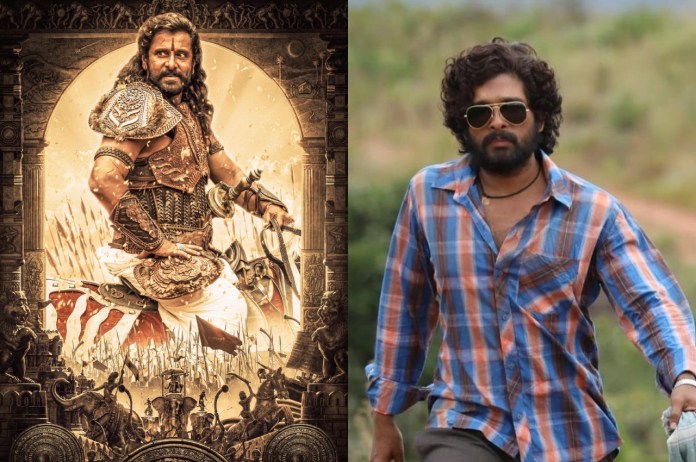 New Year 2023: The year 2022 will go down in South cinema history. It was the year that several South Asian films became the greatest moneymakers and eventually cemented a strong presence in Indian cinema. Numerous films in the Tamil, Telugu, Malayalam, and Kannada industries, ranging from SS Rajamouli’s RRR to Rishab Shetty’s Kantara, made everyone sit up and take note of their abilities.

There is great news in the air as 2023 approaches since many of the highly anticipated South sequels are currently being produced or are in the planning stages.

Here, we present a list of upcoming sequels that are ready to ignite the big screen once more in the upcoming years.

Sequels that are in making:

In Pushpa: The Rule, directed by Sukumar, Pushparaj, Srivalli, and Bhanwar Singh Shekhawat will all make a comeback. The Pushpa: The Rise sequel, starring Allu Arjun, Rashmika Mandanna, and Fahadh Faasil, is a huge box-office success. The follow-up is scheduled to begin filming in the upcoming weeks. Pushpa: The Rule is anticipated to hit theatres around the end of 2023 or the beginning of 2024, according to rumours.

Ponniyin Selvan: Part 1 by director Mani Ratnam was among the highest-grossing Tamil movies of 2022. Aishwarya Rai Bachchan, Chiyaan Vikram, Trisha, Karthi, and Jayam Ravi play the main characters in the historical period drama. On April 28, 2023, the movie Ponniyin Selvan: Part 2 will be released in theatres.

Kaithi, directed by Lokesh Kanagaraj, served as the gateway to the much anticipated Lokesh Cinematic Universe (LCU). The LCU included actors Vijay Sethupathi, Fahadh Faasil’s Vikram, and Kamal Haasan. And Lokesh recently affirmed that, after finishing Vijay’s Thalapathy 67, he will begin work on Kaithi 2. Karthi, who starred as the main character in Kaithi, will finish up his current obligations before Kaithi 2.

Adivi Sesh, who had the lead role in HIT: The Second Case after Vishwak Sen, provided a segue for the sequel. The second episode, HIT 3, revealed Nani as the main character in the third one. A “next level rampage,” according to director Sailesh Kolanu, was promised. Adivi Sesh acknowledged that the HIT franchise has additional instalments in the works during an interview with IndiaToday.in.

Jigarthanda, a Siddharth-starring film by Karthik Subbaraj, was a critical and financial success in 2014. The sequel to Jigarthanda 2 featuring Raghava Lawrence and SJ Suryah in the key roles was announced on December 11, 2022.

Following the popularity of Goodachari, Adivi Sesh said that the sequel, G2, had been revealed in a sneak-peek trailer. In the advertisement, Sesh is seen braced for battle. On January 9, the movie will have its premiere in Delhi and Mumbai.

For the sequel to the 1996 movie of the same name, Indian 2, director Shankar and Kamal Haasan have teamed up. Senapathy, a character portrayed by Kamal Haasan and his father, will be the main focus of the sequel. You’ll see Kajal Aggarwal, Siddharth, and Rakul Preet Singh in significant parts.