HomeEntertainmentNagarjuna Akkineni says THIS about Samantha and Naga Chaitanya's divorce

Nagarjuna Akkineni says THIS about Samantha and Naga Chaitanya’s divorce 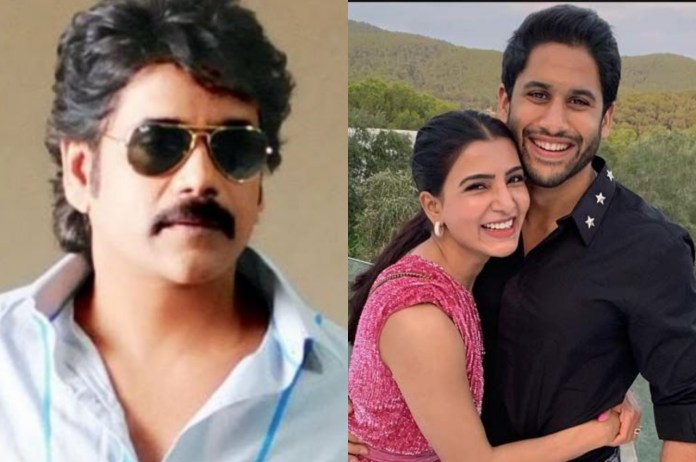 New Delhi: South megastar Nagarjuna Akkineni is currently making waves for his appearance in Ayan Mukerji’s Brahmastra. The film, which starred him in a role of artist named Anish, the owner of Nandiastra, marked his return to Bollywood after two decades. The actor has been extensively promoting the film and recently sat down with Pinkvilla for a chat. The Mass hero opened up about a variety of topics, ranging from personal to professional. One topic that has been in discussion for the Akkineni film is Naga Chaitanya’s divorce with Samantha Ruth Prabhu. Nagarjuna also countered some questions related to the ex-couple’s divorce in his recent interview.

Speaking about Naga and Sam’s split, Nagarjuna said, “He (Naga) is happy, that’s all I see. That’s good enough for me. It’s an experience that happened to him. Unfortunate. We can’t keep moping about it. It’s gone. It’s out of our lives. So I hope it will be out of everybody’s life.”

He further added, “Now the thing is they are all reaching pan India, if not theatrical. Everything is being released. First, all my films are dubbed in Hindi, and they get a huge market for me. All my films. Especially action films all get dubbed, and then they come on OTT. People are watching them all over the world. I go to Dubai or someplace, the Arabs recognise me. They wouldn’t even know the name. They will say, ‘We saw that film’.”