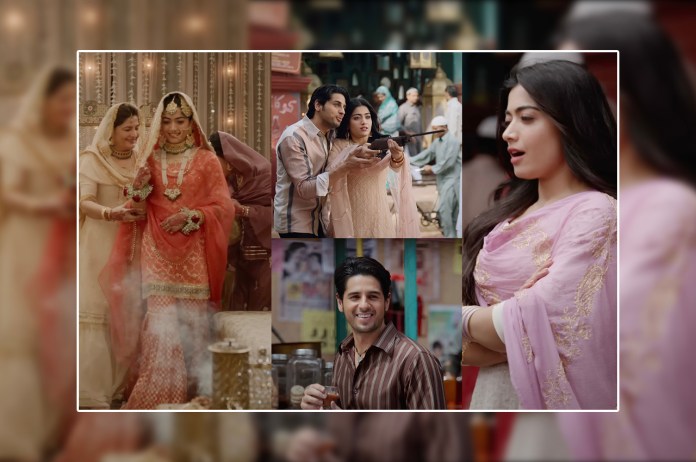 Rabba Janda: There is some excellent news for Sidharth Malhotra fans! He recently released the song “Rabba Janda” from his upcoming spy thriller “Mission Majnu.” The romantic comedy’s release was announced by Netflix India on Instagram. The caption stated, “Rabba Jaanda we’re going to play this song for the next 1738 days.” (God forbid, we won’t stop playing this song for the ensuing 1738 days.)

The 37-year-old actor and Rashmika Mandanna, who is the star of “Pushpa: The Rise,” are shown courting one another in a fun manner in the song’s music video. The 1970s-set patriotic thriller “Mission Majnu” centres on a love story and depicts one of India’s most clandestine missions to foil Pakistan’s plans to launch a nuclear attack. The teaser shows Sidharth in a menacing avatar as an undercover RAW agent whose life is on the line.

Bollywood actor Sidharth Malhotra share the clip of the song on social media and wrote, “Tariq & Nasreen will make you fall in love, once again. Here’s presenting the love song of the year!”

South Indian actress Rashmika Mandanna also shared the clip of the song on social media and wrote, “Rabba Janda is now yours.”