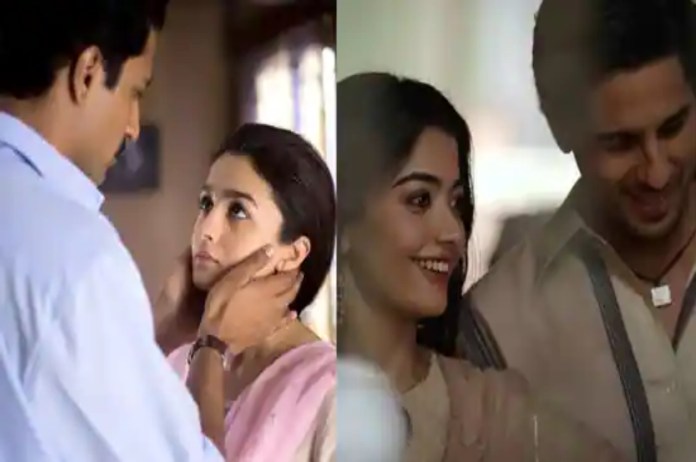 New Delhi: It appears that Twitter has differing feelings regarding the Mission Majnu trailer, which was released on Monday. Rashmika Mandanna co-stars with Shantanu Bagchi, who also helms the picture. On January 20, the movie will be made available on Netflix, despite requests from viewers to watch it in cinemas. Many others also mentioned how the movie almost made them think of Alia Bhatt’s Raazi.

Netizens expressed their views after watching the trailer. One user wrote, “#MissionMajnu is gonna be like the male version of #raazi that glosses over radicalism and terrorism and makes it into a Bollywood ‘love story’.” Another person pointed out, “Gender reversal version of Raazi with more masala. #MissionMajnu.”

A third person tweeted, “Kya kisi aur ko #MissionMajnu se Raazi wali feel ayi (Did anyone else get the Raazi feel in Mission Majnu)?” Another user questioned, “#MissionMajnu trailer looks amazing. Getting the vibe of Raazi. It should be released in theatres. Why on Netflix?” 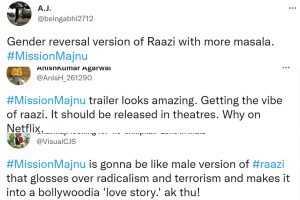 Sidharth portrays Research and Analysis Wing (RAW) agent Amandeep Singh in the movie Mission Majnu. Amandeep Singh is required to go undercover in order to learn information that could give India an advantage against Pakistan. As part of Sidharth’s cover story, Rashmika makes an appearance as his wife. The movie is based on actual events that happened in the 1970s, and the trailer teases some action-packed scenes.

On the other side, Calling Sehmat by Harinder Singh Sikka served as the inspiration for Meghna Gulzar’s film Raazi. Sehmat is a young Kashmiri girl who offers to spy for India in Pakistan. Alia plays Sehmat in the movie. She weds a Pakistani Army officer as part of her desire to fulfill her objective.