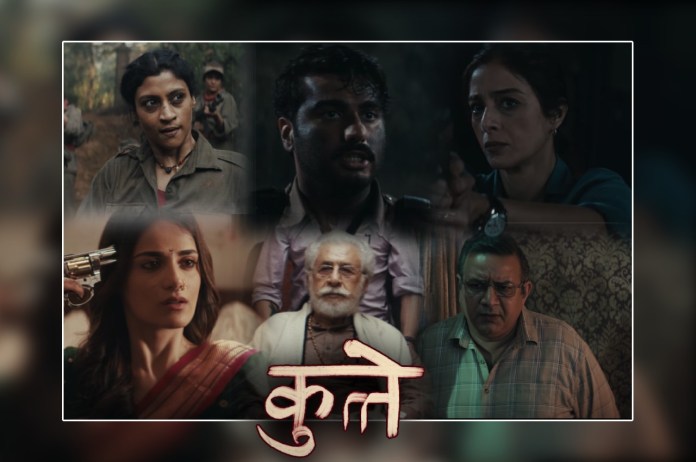 As the trailer begins, Arjun Kapoor, Tabu, and other people are seen standing in a wilderness with guns pointed towards Arjun. Three gangs that cross paths while looking for cash are the focus of the tale. All have the same plan, but it remains to be seen which one will be successful.

Aasmaan Bharadwaj, the director, and the full ensemble star cast attended the event where the teaser was launched.

Read More :- WOMEN FROM ALL OVER WORLD TAKE PART IN ONE OF BIGGEST BEAUTY PAGEANTS – MRS INDIA INTERNATIONAL QUEEN 2022

Talking at the trailer launch, Arjun said, “We have shot in rains, in night and shot action. I have learnt to be very patient while doing this film. You need to be very clam and play the character. Personally, it was a big test. I always felt I like night shooting, but it was mentally exhausting on the sets of Kuttey during the night shoots. It was cold at night and it was the biggest thing for me. After 10 years, I thought it will be easy, but it got difficult.”

Produced by Luv Ranjan, Vishal Bhardwaj, Ankur Garg, and Rekha Bhardwaj under the umbrella of Luv Films and Vishal Bhardwaj Films, Kuttey is distributed by T-Series, a production company run by Gulshan and Bhushan Kumar. Vishal Bhardwaj wrote the music for the movie, and Gulzar wrote the lyrics. The movie is expected to premiere on January 13, 2023, in theatres.