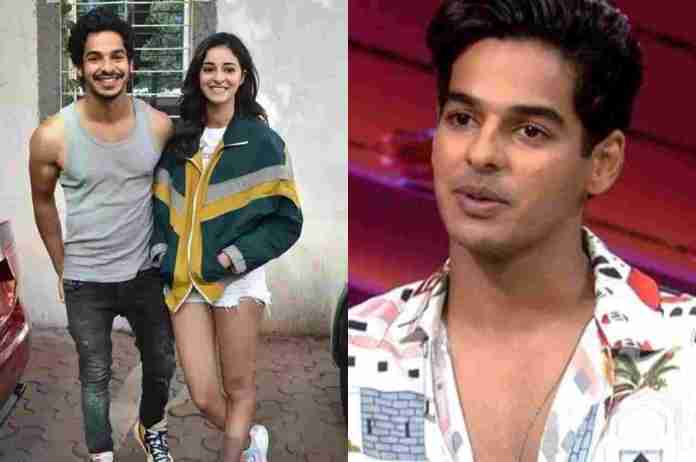 New Delhi: The latest episode of Koffee With Karan saw Ishaan Khatter discussing his relationship with his ex-girlfriend Ananya Panday. They were together for a long time before calling it quits this year. On KwK, Ishaan said that he would always like to have Ananya as a friend after berating Karan Johar for “being mean” to her when she appeared on the show.

Karan Johar asked Ishaan, “So you broke up with Ananya recently…” Ishaan shot back, “Did I? You told Ananya that she broke up with me. I did watch that episode. You were rather mean to her. You were drilling and grilling…” Karan hastily tried to defend himself and said that a break-up is always mutual, a statement which left Katrina Kaif rather gob-smacked.

Karan then prodded Ishaan for more details, and Ishaan responded, “How does it matter, who broke up with whom? I am single, that’s true.” Ishaan added, “I would like to have her as a friend for the rest of my life. She is one of the most wonderful people I’ve known, she is a sweetheart, anyone who met would say this. Pulpy questions aside, she’s someone who is very dear to me and will always be so.”

Ishaan responded, “Everything,” when asked what he missed most about his ex during the rapid-fire round. She is so adorable. But the change is good. In addition, he admitted that the worst thing he’s ever done as a boyfriend was to refuse to return calls for two weeks when he was angry. Wait until you hear what she did, he warned, but that was the end of the discussion.