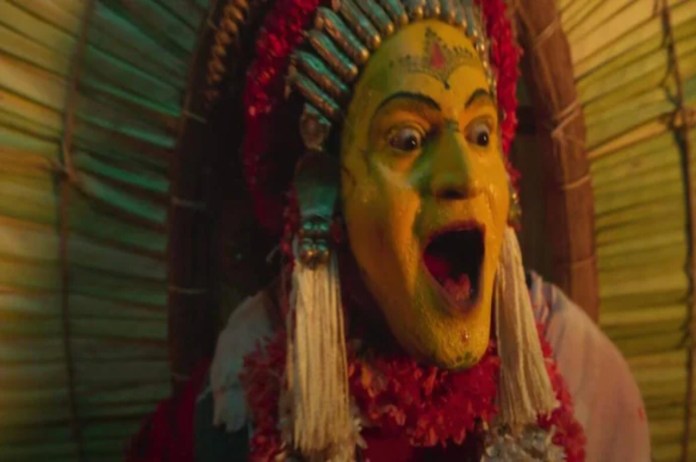 New Delhi: Rishab Shetty starrer Kantara is one of the blockbuster movies from South industry this year. The movie continues its rampage with flying colours. Kantara Telegu version has gone all out at the box office, breaking records in dubbing history. The movie is keeping strong hold in Telugu states, despite the release of many other films.

The Kantara craze is still going strong! The Hindi version of the Kannada movie scored better at the box office. Owing to Kantara’s increasing collection, the movie also took over Akshay Kumar’s shows for Ram Setu.

Kantara left many dubbed regional releases like Karthikeya 2, Rocketry: The Nambi Effect and Ponniyin Selvan I far behind.

Kantara is anticipated to play in theatres for a longer period despite having Monster, Sardar, and Prince as rivals. In addition, the movie earned the top spot on IMDb’s list of the 250 most popular movies currently being made in India. However, the Kannada version of the movie has already surpassed the $100 million mark! At the box office, it made a splash.

The Kannada film is written, directed and also acted by Rishab Shetty. The story revolves around the conflict between man and nature. Achyuth Kumar, Sapthami Gowda, Pramod Shetty and Kishore were seen in supporting roles. The film is produced by Vijay Kiragandur under Hombale Films.