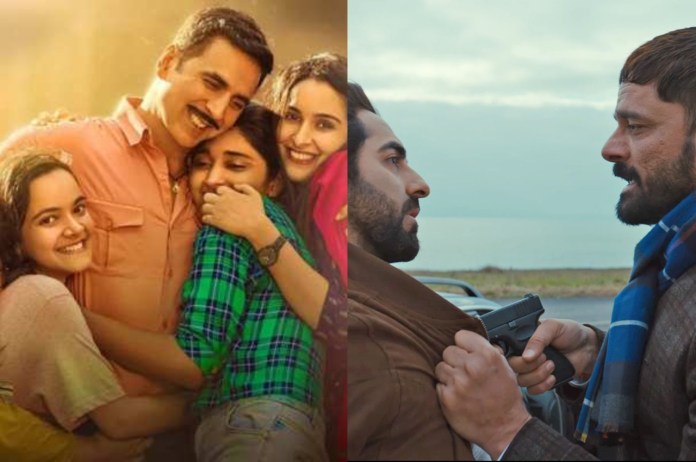 New Delhi: The Hindi film industry did not have a very good year in 2022. The year’s most anticipated films ended up being financial disappointments. Even though some films were produced on a large scale, they were unable to break even. The year 2022 proved to be difficult for a number of producers and directors. And as the year comes to a close, let’s take a time to review the list of Bollywood films that didn’t do well at the box office. Let’s look at the list of Bollywood flops from the past year without further ado.

Heropanti, which was directed by Ahmed Khan, was presented in theatres on April 29, 2022. The movie, which starred Tara Sutaria and Tiger Shroff, only made Rs 24.91 crore at the box office. The action movie reportedly cost 70 crore rupees to produce. And ultimately, the film failed to do well at the box office.

Ranveer Singh’s Jayeshbhai Jordaar was one of his eagerly anticipated films. In the movie, the actor portrayed a never-before-seen character. The film, however, did not draw in moviegoers. The YRF movie, which reportedly cost Rs 86 crore to make, barely made Rs 16.59 crore at the box office.

An Action Hero marked Ayushmann Khurrana’s first career foray into the action subgenre. The movie, which was directed by Anirudh Iyer, premiered mixed reviews from reviewers and viewers. The picture, which came out on December 2, has only made Rs 8.19 crore so far.

Samrat Prithviraj, which reportedly cost Rs 175 crore to produce, starred Akshay Kumar in the title role. Actress Manushi Chhillar made her significant Bollywood debut at that time. However, the movie did poorly at the box office, earning only Rs 68.06 crore from ticket sales.

Another Akshay Kumar movie that failed at the box office was Raksha Bandhan. A 100 crore rupee budget was reportedly used to produce it. Sadly, the movie only succeeded in making Rs. 45.23 crore at the box office.

Ranbir Kapoor made his comeback to the big screen with Shamshera, following a four-year absence. This historical play reportedly cost Rs 150 crore to produce. But at the box office, the film only brought in Rs 41.5 crore. One of 2022’s biggest busts, it.

Undoubtedly one of the most anticipated movies of 2022 was Laal Singh Chaddha. The film was an Indian remake of the Forrest Gump movie, starring Aamir Khan and Kareena Kapoor. LSC reportedly had a budget of 180 crore rupees, but it only made 59.58 crores at the box office.

Another Akshay Kumar movie that struggled at the box office this year was Bachchhan Paandey. The movie, which also stars Kriti Sanon in a significant part, made Rs 49 crore at the box office. Given that it was unable to recoup its claimed budget of Rs 165 crore, it was a failure to make the cash register ring.

On May 20, 2022, Dhaakad, a movie starring Kangana Ranaut, will be released. Around Rs 85 crore was thought to be the film’s budget. However, the film’s box office revenue was only Rs 2.3 crore.

The movie, which was directed by Ajay Devgn, also starred Amitabh Bachchan, Rakul Preet Singh, and the actor in the lead role. The film’s budget is reportedly Rs 65 crore. However, the movie only made Rs 33.51 crore.