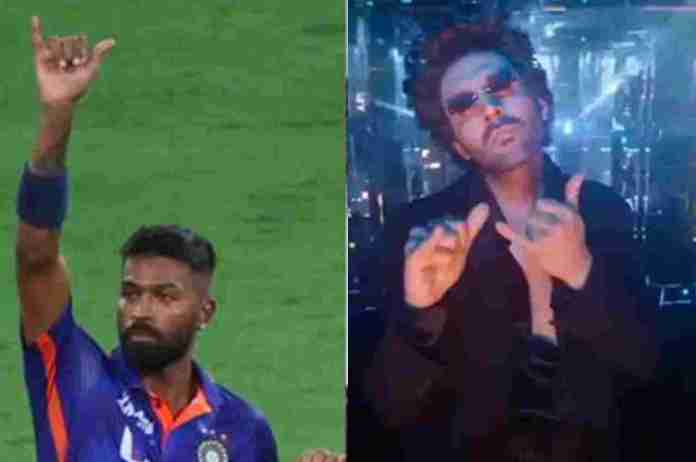 New Delhi: Kartik Aaryan has left everyone grooving on his swag of Rooh Baba from his blockbuster Bhool Bhulaiyaa 2. While the popularity of the film has been constantly evident among the audience, a new fan moment was captured during India vs Pakistan Asia Cup 2022 match when famous Indian Cricketer Hardik Pandya was seen doing a Bhool Bhulaiyaa 2 signature step on the pitch

Taking to his social media, the actor shared a picture amplified with the ‘Hare Ram Hare Krishna’ song where Hardik Pandya was seen doing Kartik’s famous step from the song on the pitch. While showing his love for team India he wrote the caption –

This has come as yet another example of Kartik’s unprecedented success that he has achieved with this blockbuster film Bhool Bhulaiyaa 2. Moreover, the actor has also been credited for reviving the condition of the box office by booking the biggest opening with his film.

A teaser video for the upcoming season of the well-liked TV programme recently surfaced online, revealing which cast members would be returning to The Kapil Sharma Show. Sumona Chakravarti, Kiku Sharda, and Chandan Prabhakar joined Kapil, who was visible laying on a hospital bed, in the brief clip.

In its first three seasons, The Kapil Sharma Show has aired 387 episodes since its debut in 2016. Following the airing of the final episode in June of this year, the cast took a break and travelled to the US and Canada for Kapil Sharma’s comedy tour.