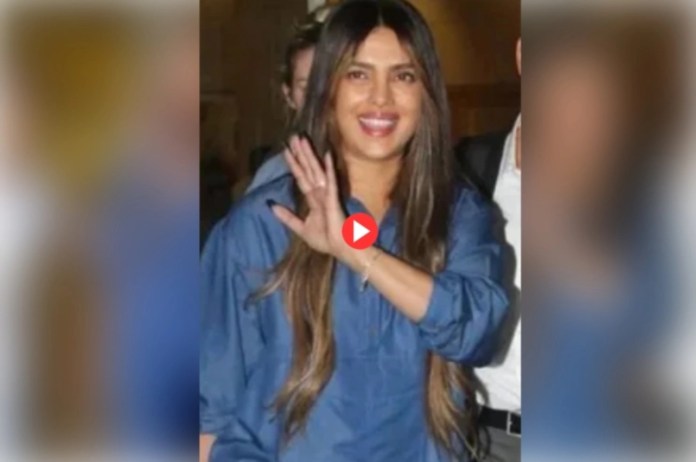 New Delhi: Desi girl Priyanka Chopra is very active on social media and keeps sharing information related to her personal and professional life with fans. At the same time, the actress informed fans and followers that she is coming to India. Today, the actress returned to her country and during this, she was spotted at Mumbai airport, whose happiness visible on her face this video is doing the rounds on the internet.

Desi girl welcome at the airport

Viral Bhayani has shared a video of Priyanka Chopra on her Instagram account, in which she is exiting the airport and a happy look can be seen on her face. In the clip, it can be seen that she is getting a warm welcome from everyone. In the video, the actress greets everyone as soon as she comes out and is also seen posing for the paparazzi. Talking about the look, the actress is seen in a denim blue outfit paired with white sneakers. After seeing the actress, the paparazzi, as well as her fans, jumped with joy.

According to reports, the actress arrived in her homeland with her daughter Malti Marie Chopra Jonas but she was not seen with her at the airport.
Recently, the actress celebrated Diwali at her home. The photos from the celebration are getting viral on social media. So far the actress has not shown the face of her daughter Malti but her mother Madhu Chopra had said in an interview that Priyanka will show her daughter’s face on Malti’s first birthday.

Why did Priyanka Chopra return to India?