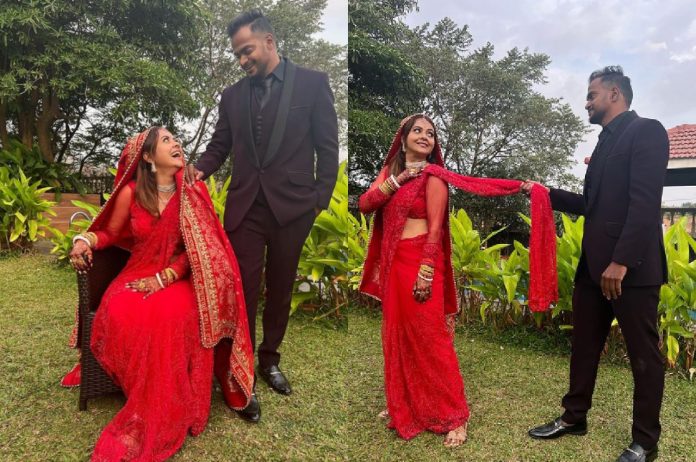 New Delhi: ‘Gopi Bahu’ of ‘Saath Nibhana Saathiya’ i.e. actress Devoleena Bhattacharjee got married to her gym trainer Shahnawaz Shaikh on December 14 in court. After this, the actress stunned everyone by sharing her wedding photos and videos. For some time people were under the impression that it was just a prank done by the actress. But when Devoleena showed her husband’s face, everyone got confirmed. At the same time, the actress was also trolled fiercely for her wedding. Not only this, some even claimed that Devoleena was pregnant, so they got married in a hurry. Breaking the silence on these allegations of the people, the actress herself has made a big disclosure.

Devoleena broke her silence on pregnancy

Devoleena Bhattacharjee has said in the latest interview given to a leading tabloid, ‘I do not need to give any clarification on such allegations but some people around feel that I am pregnant, that’s why I Hastily married. I myself am surprised and cannot understand how people can think so much. This is hypocrisy of a different level, which shows that you do not want to leave any stone unturned in troubling someone. They do not want to see anyone happy.

Devoleena Bhattacharjee further said, ‘After tolerating for a long time, one starts getting angry. What is the need to peep into someone’s life. Although I laughed a lot after reading such comments, but I thought it better to ignore them. Really I do not know what is going to come next.

Devoleena Bhattacharjee to return to TV

Devoleena has said about returning to work after marriage, ‘I do not compromise on work. I am now open to new projects and hope to get something interesting soon. May the new year bring happiness and prosperity to all of us. I have high hopes for the future. Due to health problems, I could not work this year, but now I am fully fit.