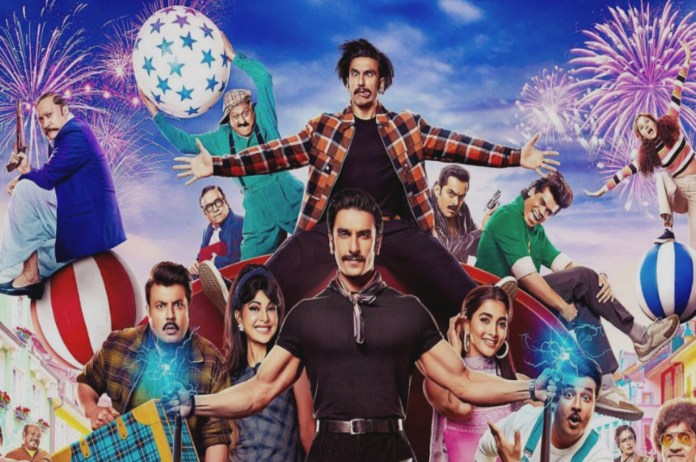 Cirkus box office collection Day 6: Ranveer Singh has seen two setbacks in a row. Jayeshbhai Jordaar’s newly released film, Cirkus, failed to connect with the audience after his underwhelming performance in Jayeshbhai Jordaar. One of the year’s worst-performing movies is Cirkus.

According to trade reports, the movie is having trouble earning even Rs 30 crore at the box office. Cirkus is probably going to be yanked from theatres shortly if things keep up. The movie could only be saved by an enormous miracle this weekend.

A comedy-drama called Cirkus debuted in theatres on December 23 to a lot of fanfare. However, both the general public and critics universally criticised the movie.

Cirkus assured the audience that its comedy will amuse them. However, the movie has been having trouble making money ever since it opened in theatres. The movie reportedly made between Rs 1.80 crore and Rs 2.10 crore on its sixth day in theatres in India.

It should be mentioned that the current total collection is close to Rs 25 crore. This is so pitifully low, and the pattern indicates that the movie won’t do well.

The film is based on the Hindi movie Angoor from 1982, which was a remake of Do Dooni Chaar from 1968. The latter was a remake of the Bengali movie Bhranti Bilas from 1963.