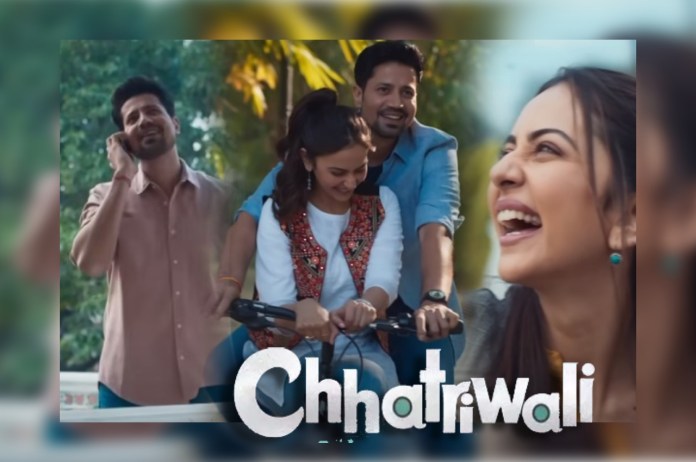 Chhatriwali trailer out: In her newest movie Chhatriwali, Rakul Preet Singh played the role of a teacher of s** education. She is shown in the trailer advising individuals about condom use and safe s**. She additionally promotes the inclusion of s** education in the curriculum at her school. “Seekhenge to galti aur galat dono se bachenge,” she is heard saying.

Earlier, the streaming platform ZEE5 has announced the release date of the film.

Tejas Prabha Vijay Deoskar is the film’s director and Ronnie Screwvala is its producer. The film, which is set in Haryana, stars Rakul Preet Singh as the head of quality control at a condom manufacturer. Actor Sumeet Vyas also appears in it.

Read More :-UUNCHAI OTT RELEASE: KNOW DATE, WHERE TO WATCH, ALL ABOUT THE AMITABH BACHCHAN MOVIE

Chhatriwali, according to its creators, intends to send a clear social message about the value of male contraceptives and safe s**.