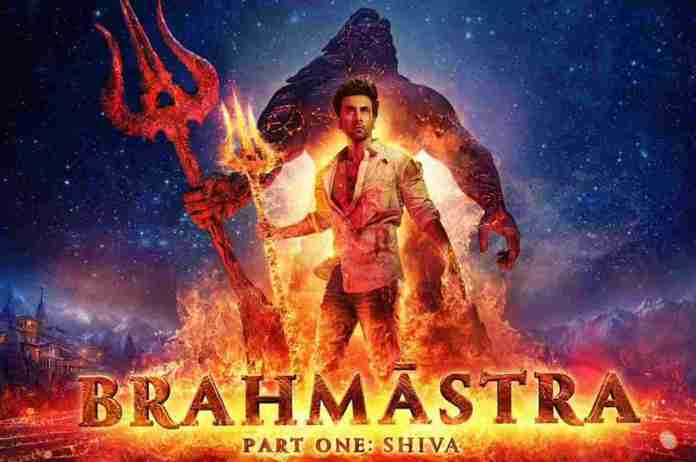 New Delhi: Ayan Mukerjis’s grand vision seems to be a success. Brahmastra starring Ranbir Kapoor and Alia Bhatt and guess what? Its morning shows already saw 45-50% occupancy. A perfect blend of love, fantasy, and power wars, Brahmastra is all about visual aesthetics.

The story begins with a description of various ‘astras’ (weapons) which were born from Brahm-Shakti and Brahmansh (a group/clan). They are responsible to look after the strongest astra ‘Brahmastra’-that has the power to destroy the universe. Brahmastra is destroyed into three parts to save the world from its rage. Now gaining all three parts becomes the ultimate motive of the evil forces.

The plot soon shifts to Shiva (Ranbir Kapoor) and Isha (Alia Bhatt) on one side, and Vanar Astra (Shah Rukh Khan) on the other. The makers make no delay to reveal his Vanar Astra avatar and we come to know he is protecting the first piece of Brahmastra. He is made captive by Junoon (Mouni Roy). Her ultimate aim is to wake up her ‘guru’ BrahmDev, which is only possible by joining all three missing pieces of Brahmastra. After defeating Vanarastra and gaining the first piece, Junnon’s next target is Anish (Nagarjuna). He is a Nandi Astra and possesses the second piece of Brahmastra.

It’s love at first sight for Shiva and without any delay we see a pure love emerging between Shiva and Isha. He envisions destruction and has a unique connection with the fire. Isha supports him in every path of his quest and ultimate lands in front of Guru Ji (Amitabh Bachchan). Ranbir gets a better insight into his power as Agni Astra and a clearance about his parents. Above all, it’s his pure love for Isha that triggers her inner superpower. What unfolds next is the main hook of the whole plot.

Ayan Mukerji’s magnum opus gets an upper hand when it comes to visual aspects and technicalities. Truly a treat to the eyes, Ayan’s hard work is clearly visible. Visually appealing, colorful VFX, and magically rich with flawless technicalities-Ayan’s film is a full package.

Ayan cleverly placed his characters in a line to give the audience the much-needed kick. Interestingly, we also get a quick glimpse of Deepika Padukone it the movie. The ending is intriguing that can become the reason for viewers to want the second part sooner- Brahmastra PART 2- Dev.