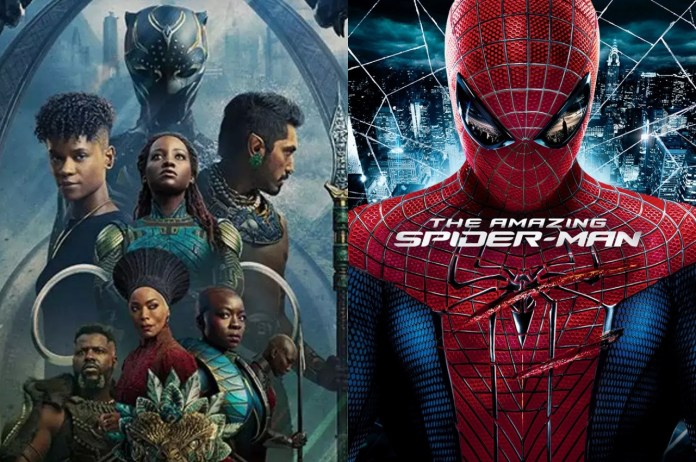 New Delhi: The Ryan Coogler-directed film Black Panther Wakanda Forever is now doing well at the box office. In both India and other countries, the movie has finally succeeded in drawing audiences back to the theatres. Wakanda Forever, a follow-up to Chadwick Boseman’s Black Panther (2018), has received accolades from everyone for its performances and plot.

The film has generated remarkable box office results globally since its November 11 premiere. Additionally, superhero film has outperformed blockbusters like The Amazing Spider-Man and The Batman.

On November 11, Black Panther Wakanda Forever had a successful opening weekend. The movie made Rs 15.05 crore in India alone on Day 1. The movie made even more money on its debut weekend in Indian theatres, surpassing the Rs 50-crore threshold. The theatrical run of Dwayne Johnson’s Black Adam has already been replaced by the Ryan Coogler-directed film.

Additionally, according to reports, it has outperformed Batman’s lifetime total of Rs 48.10 crore and The Amazing Spider-lifetime Man’s total of Rs 48.25 crore. It will soon exceed Iron Man 3, Aladdin, and Godzilla vs. Kong.

The Marvel Cinematic Universe’s Phase 4 has so far made more than $330 million (about Rs. 2700 crore) worldwide. The Walt Disney Co. estimates that over 4,396 cinemas in the United States and Canada sold $180 million worth of tickets for the Marvel sequel. The result was that it had the second-largest opening of the year, after Doctor Strange in the Multiverse of Madness.