Bigg Boss: 7 couples from the show, where are they now

New Delhi: The reality show Bigg Boss, apart from being known for its over the top dramas and intense feuds, is also known for fresh romance and couples that each season presents us. From Sara Khan and Ali Merchant to Tejasswi Prakash and Karan Kundrra, Bigg Boss has given us some unique couples.

Even this season of the reality show has fresh romance brewing between Tina Dutta and Shalin Bhanot on one side, on the other its Gautam and Soundarya. Having said that, let us look at some of the BB fame couples and where their relationship stand now.

Tejasswi Prakash and Karam Kundrra appeared fell in love on the sets of Bigg Boss 15. Their love is still going strong, the glimpses of which we see in their Instagram posts.

Sara Khan and Ali Merchant tied the knot on the set of Bigg Boss 4. They split up just two months after the show ended. Currently, Sara is dating Shantanu Raje, a pilot. While Ali Merchant married Anam Merchant in 2016 but they got divorced earlier this year.

Reality shows have been good to Prince Narula. He met his now-wife Yuvika Chaudhary in the Bigg Boss house in season 9. Prince won the show and the two got married in 2018. 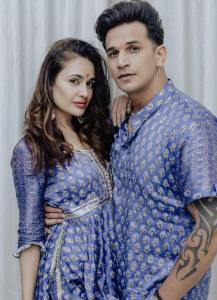 Upen Patel and Karishma Tanna met in the Bigg Boss house in 2014, Upen proposed on the sets of Nach Baliye. But it didn’t work out between the two and they split up in 2016. Karishma Tanna got married at the beginning of the year to Varun Bangera.

They were also dating before entering the Bigg Boss house in season 9. Amidst all that chaos, their love held strong and they tied the knot in a private ceremony in 2018.

Kishwer Merchant and Suyyash Rai appeared on Bigg Boss 9 together. Their love story started on the sets of the hit TV show Pyaar Kii Ye Ek Kahaani and they tied the knot in 2016 and are still going strong.

Pavita Punia and Eijaz Khan were one of the unexpected couples of Bigg Boss 14. It’s a love story that got stronger outside the house.

Who is your Bigg Boss couple till date?